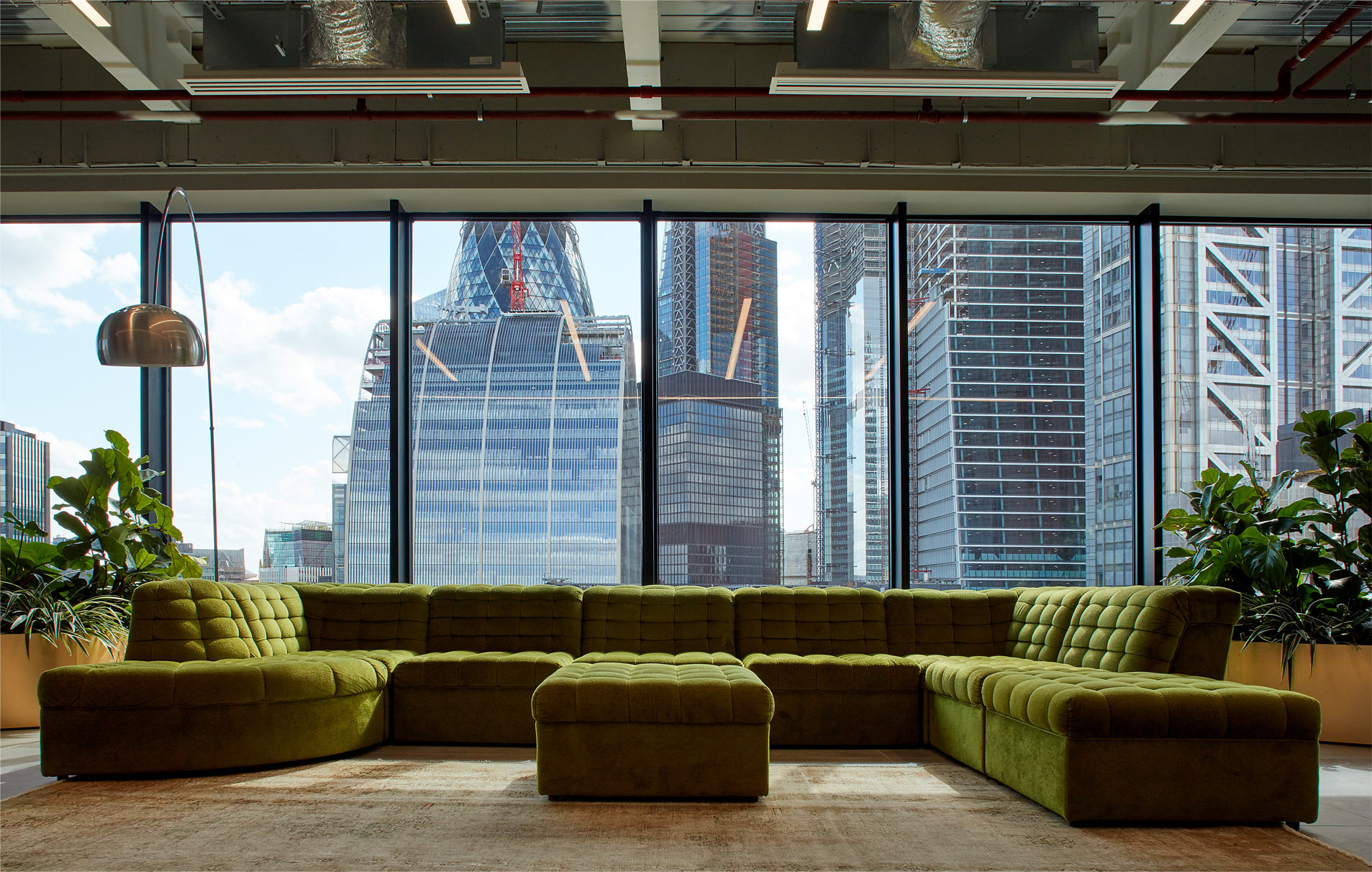 Appointed to design a new London HQ that befits a high-flying advertising agency, Archer Humphryes took on board their brand motto “our goal is to create purposeful work that works for your audience and your business.” Recognised as Agency of the Year, every year since 2007 and winning the Grand Prix at Cannes this year they wanted a space that ignited and recognised this driving force in the creative industries – a powerful platform. David Droga has said, “Creativity is a game changer. That’s true of society, in advertising and in life.”

No brief was provided to deliberately pitch ‘an attitude’ to the brand allowing the designers to interpret the essence of the working culture afresh. In winning the work, Archer Humphryes created fluid spaces that focus upon tranquillity, taking the edge of the rollercoaster existence. Starting with the construction process, it was essential to remove the existing office floors, ceilings and walls in a former 1970’s office block to expose the original structure and services. New studios were then interposed and orientated inwards to a winter garden. An arrival lobby and greeting desk is more formulaic, an iteration of the Mad Men era–’we have arrived’ before vanishing into the organism of the working culture - carefully choreographed architectural design.

Archer Humphryes generated and manufactured a technical system including desking and pin up areas for critique and development that can be assembled and disassembled as teams contract and expand around core creative campaigns. Like a jigsaw puzzle it could equally suit individual working for concentration, group hot desking for sociability and creative artwork for visibility. The designers describe “Sitting comfortably between the glamour of a 1980’s Helmut Newton photograph, a South Shoreditch responsible ‘earth millennial’ and the aspiring Pitch Perfect tea girl who ultimately unravels the essence of the concept required – purposeful and provoking.” 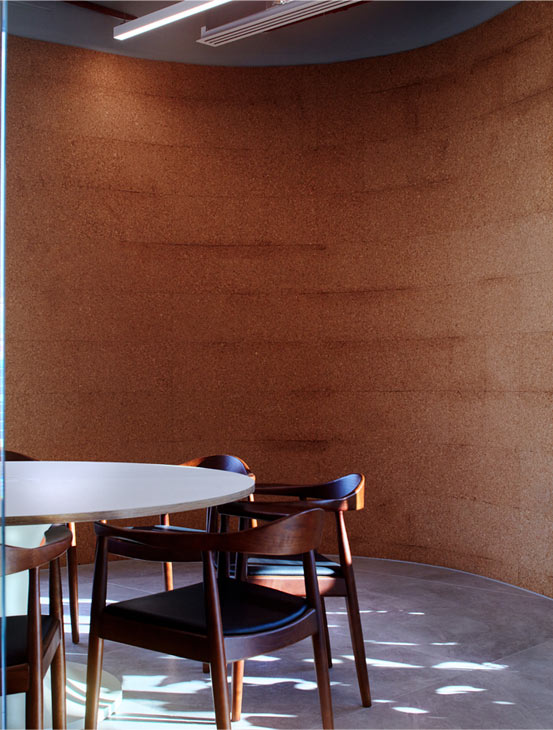 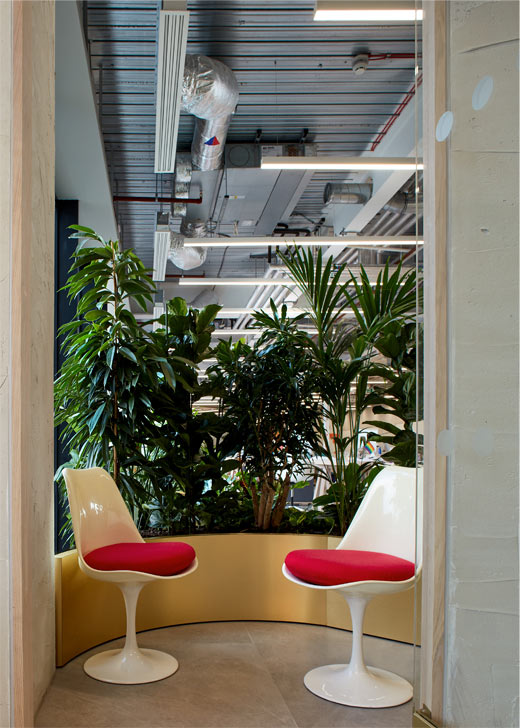 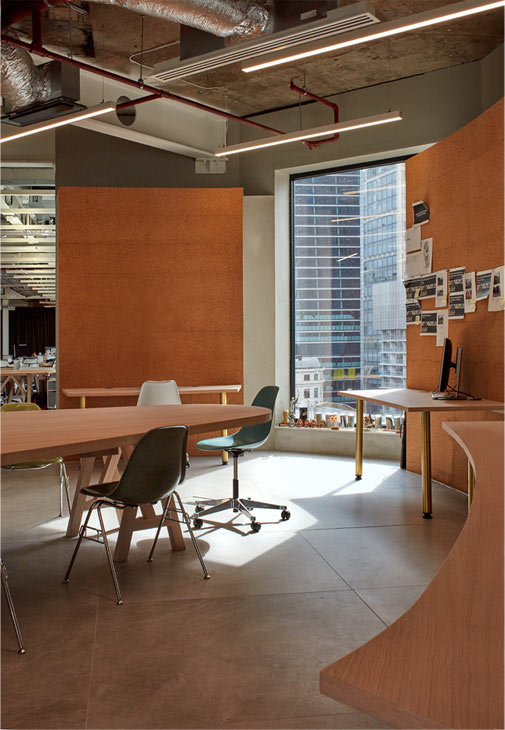 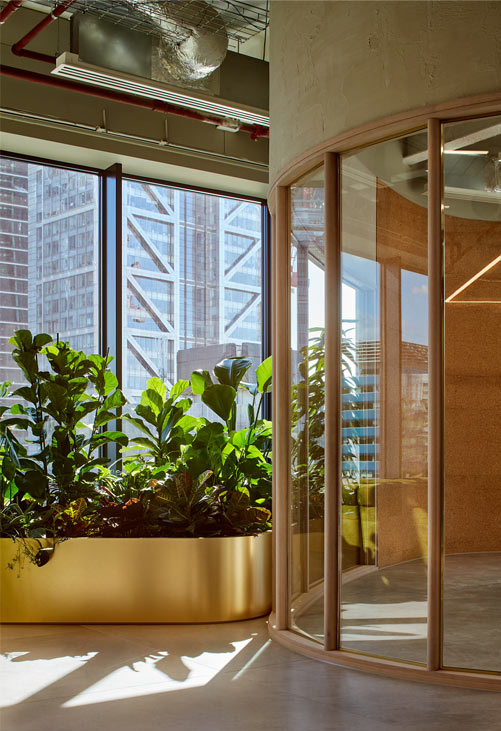 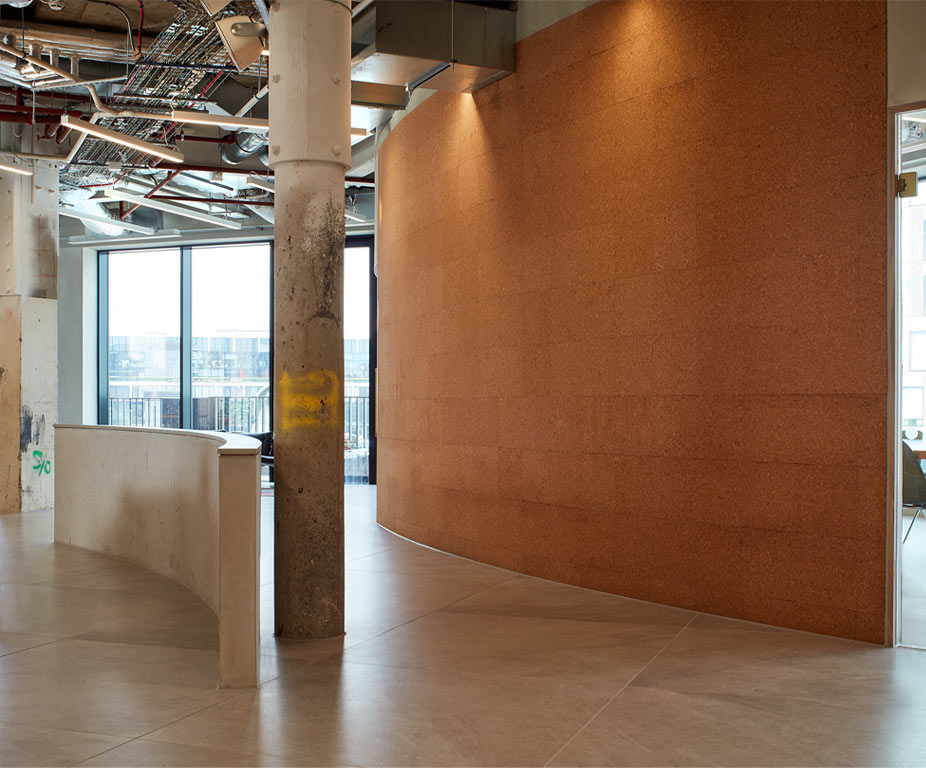 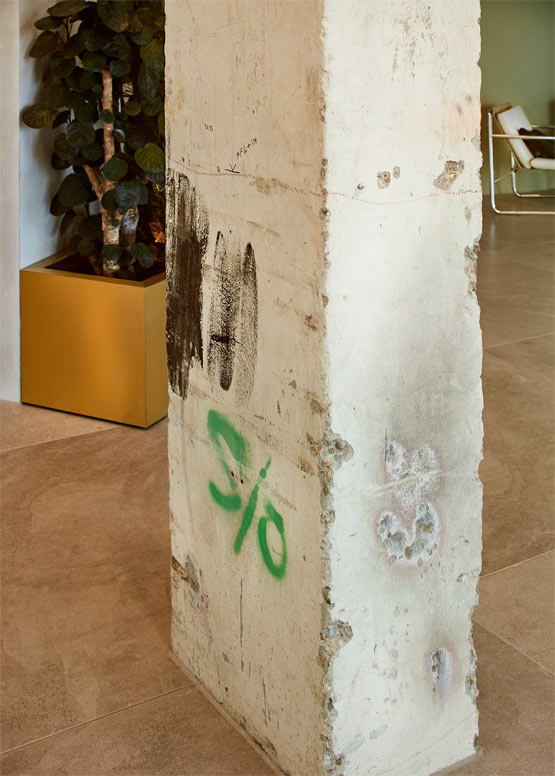