After visiting the Red Fort in Delhi, the Archer Humphryes’ decided to examine the Indian cultural themes of the past, before attempting the extensive redevelopment of Edward Mountford’s 1893 St. Olave’s Grammar School re-imagined as the international debut for Lalit London Hotel next to the Thames.

An ‘imitation of paradise’ was the leitmotif of the fortress, symbols of ‘lavish luxury’ for the public areas which soon became adopted for the interior; not dissimilar to the origins of Mountford’s aesthetic. The Telegraph describes its’ style: “the building still has the sunny, supercilious air of an English school for the privileged: a prim, foliage-lined quadrangle, insolent black gates with fleur-de-lys finials, and stone dressings that have an appealing baronial decrepitness, grey and slightly mould-spattered with age. But inside glitters like an Indian palace, with flame-tickled tea lamps, illuminated screens, and gold-threaded tapestries of the tree of life.”

Keeping original ‘Edwardian Baroque’ details in the seventy-room hotel and adding decoration and embellishment with traditional Indian furniture and antiques, a harmonious Indian—Anglo aesthetic is described further: “The most glorious room is the Baluchi restaurant, which is in the former assembly hall: the walls are doused in royal blue paint; Hyderabad-style chandeliers made from sapphire-tinted glass hang from the vaulted roof. There’s a warmness to the sense of history here: original stone fireplaces are stuffed with blazing displays of red anthuriums; mullioned windows and wood-clad walls make for an atmosphere that’s intimate rather than imperious.”

Inside the bedrooms the designers created a rangoli tapestry—reminiscent of the golden ‘Peacock Throne’—where the relief forms the bedheads in every room with applique silk tapestries made by seamstresses in Delhi. Fodor’s capture this as ‘English Heritage meets Indian opulence” where the designers have paid homage to the scholastic origins. The biggest success of the project is the planning achieved by Archer Humphryes where they revivified the urban realm into a flourishing district formerly derelict. 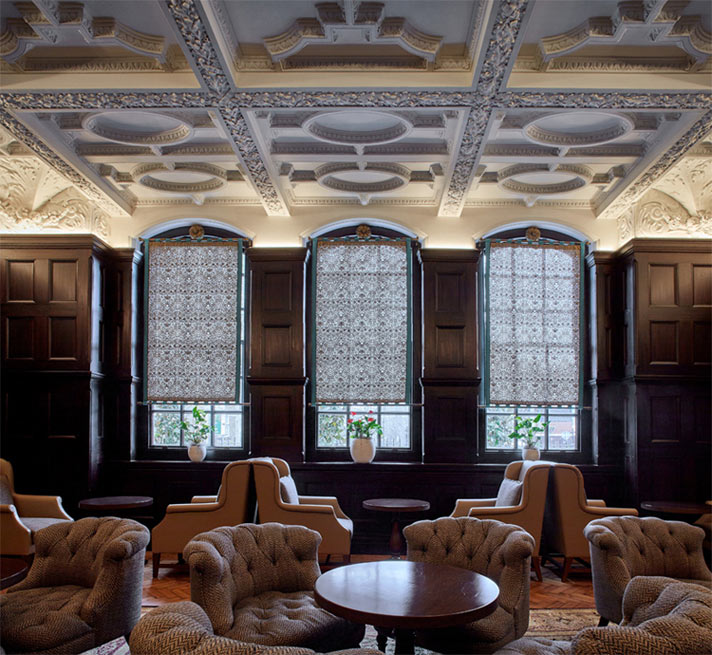 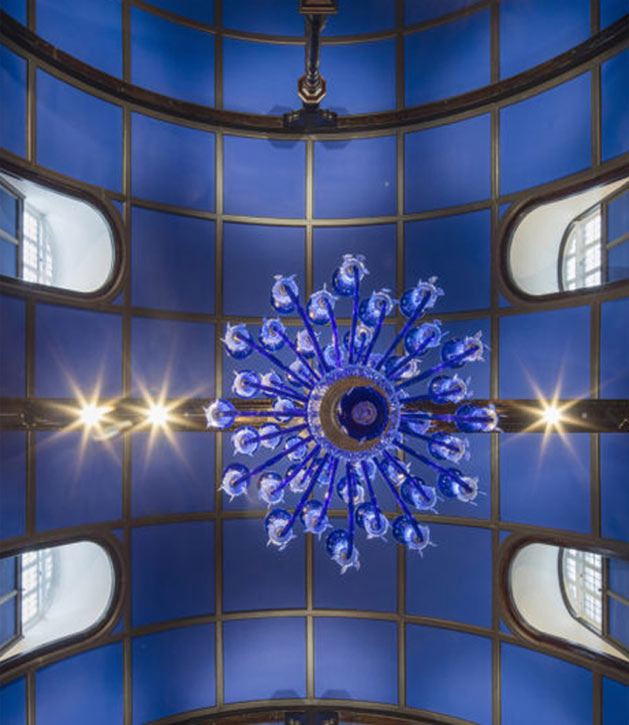 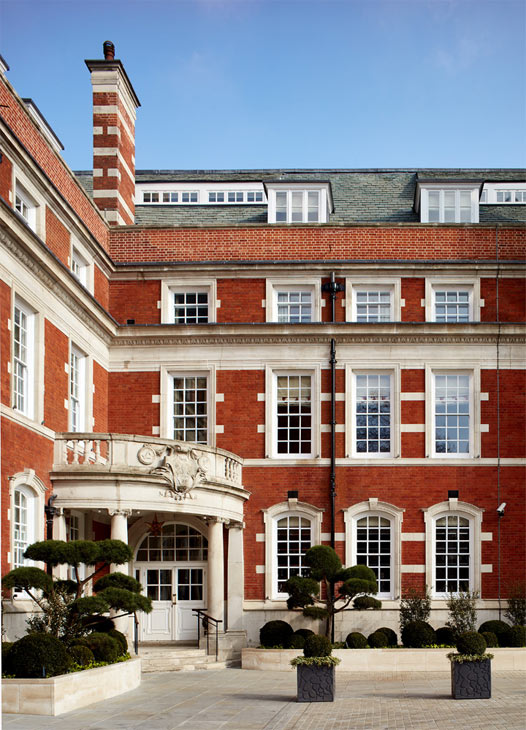 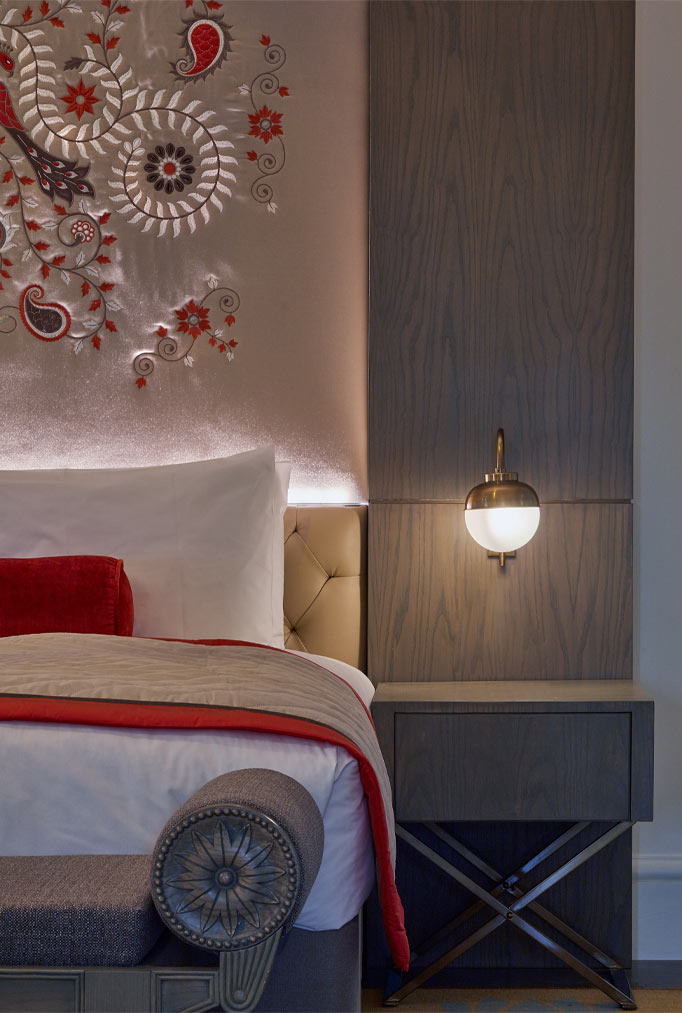 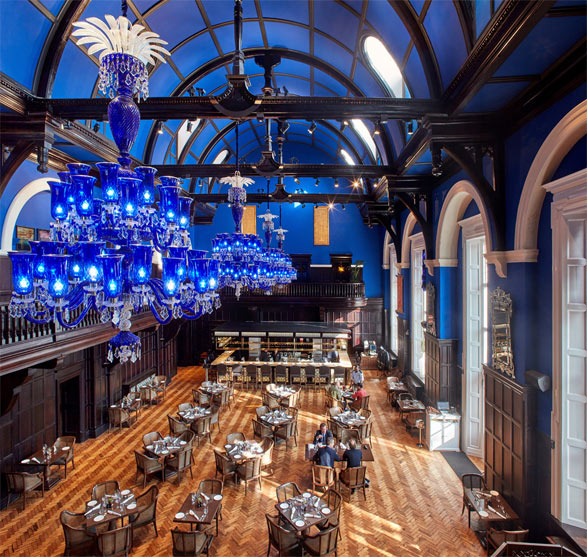 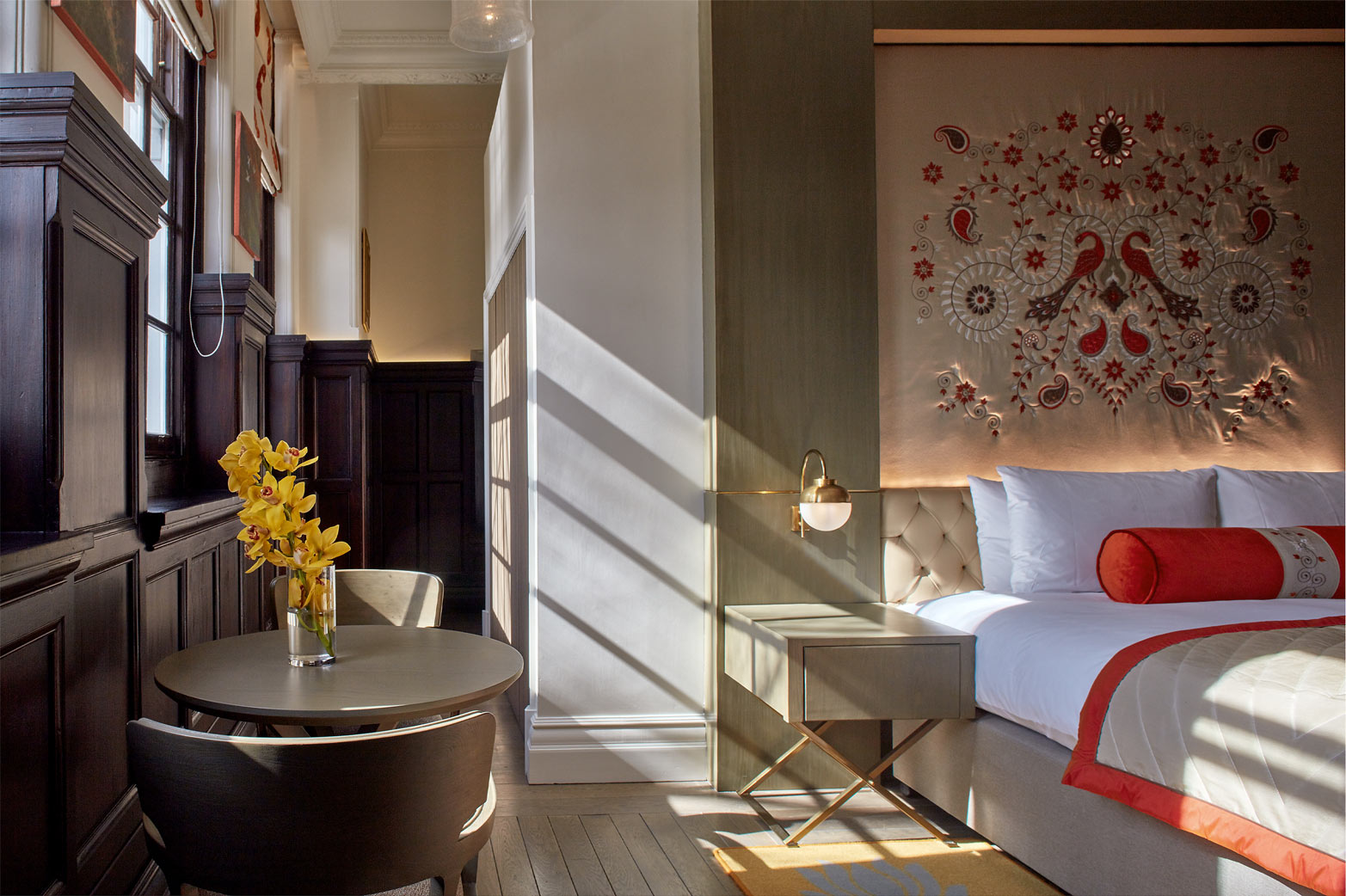 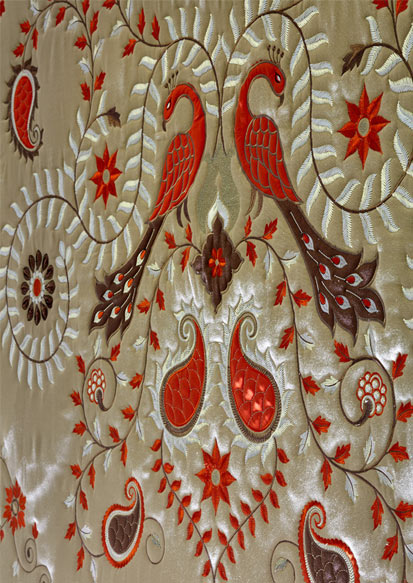