Following a successful launch, the distillery decided to build a venue where public could watch the process of making the distilled liquorand provide a backdrop for tasting events. Archer Humphryes was commissioned to design the building after being approached by Welsh Whisky Company director Nigel Short, also owner of Browns hotel in Laugharne, famous for being the preferred drinking establishment of poet Dylan Thomas. Creating a visitors’ centre in a National Park was a mammoth undertaking for the architects, requiring unwavering perseverance. The process took several years, as they acquired an intimate knowledge of the landscape, which they visited frequently. The centre was officially opened by the Prince of Wales on 26 June 2008, and received huge critical acclaim.

The entrance continues the bold solution and is set against a dark matt background, a visual motif directly borrowed from the whisky bottle label and replicated here in brass and slate creating a tableau vivant.A light double-height entrance lobby is the start of the atmospheric space. “A seam of Welsh gold” corresponding to the amber of the whisky, and a background colour “black as coal” persist throughout the entire project as an emblem for the interior, a mise-en-scène, connecting spaces in the same way the streams flow through the landscape around the distillery. As the exterior is timber, so the interior spaces are lined with sawn timber, with a hand painted finish for a more refined, smooth appearance.

Whisky barrels and the Madeira casks, or barriques, used for the whisky’s final maturation, are incorporated into the interior design as a memory and reference point. Stacked to act as space dividers—guiding visitors through the space to a tasting bar—their monochromatic, cylindrical forms and graphic notations are a counterpoint to building’s austere organisation. The caskets add depth and rhythm to vertical walls and continue the refined use of timber in the interior spaces. The tasting bar is made of black Welsh slate with a gold seam inlay, displaying an array of visual ornamentation characterised by the whisky bottles filled with amber coloured ‘spirit’ . The design provides views from the tasting areas into the still, bottling area and cooperage store, allowing aromas to be drawn in, absorbing the rich bouquet from the whisky and sherry soaked casks used to add extra flavours during the ageing process. 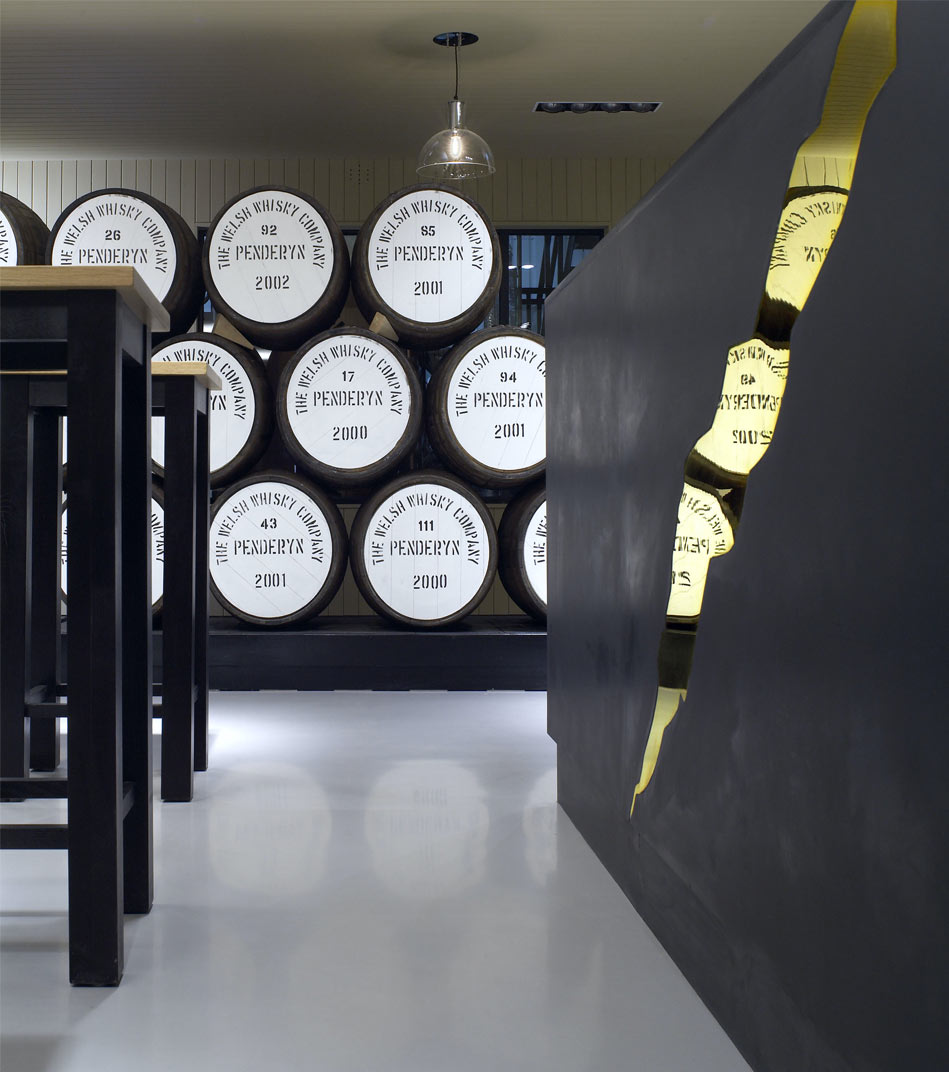 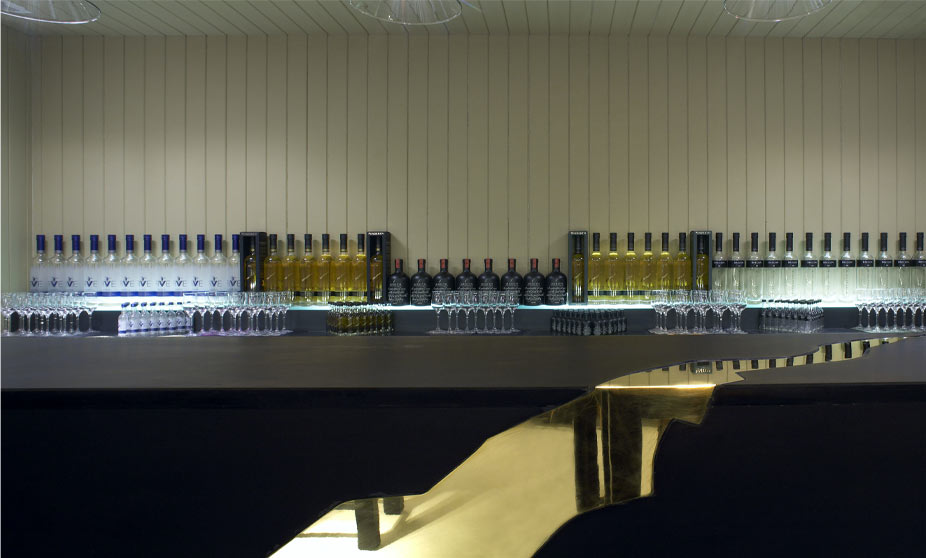 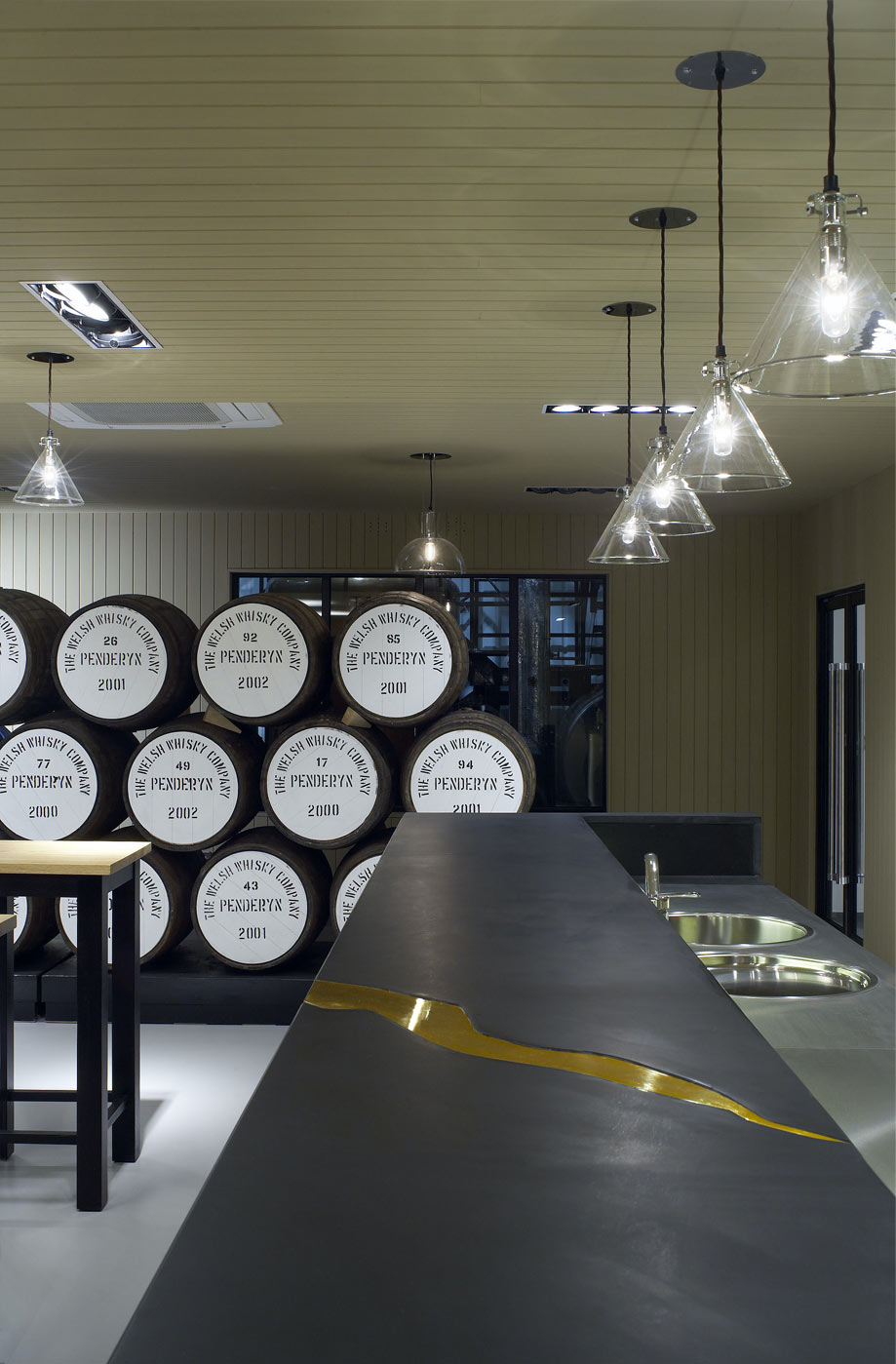 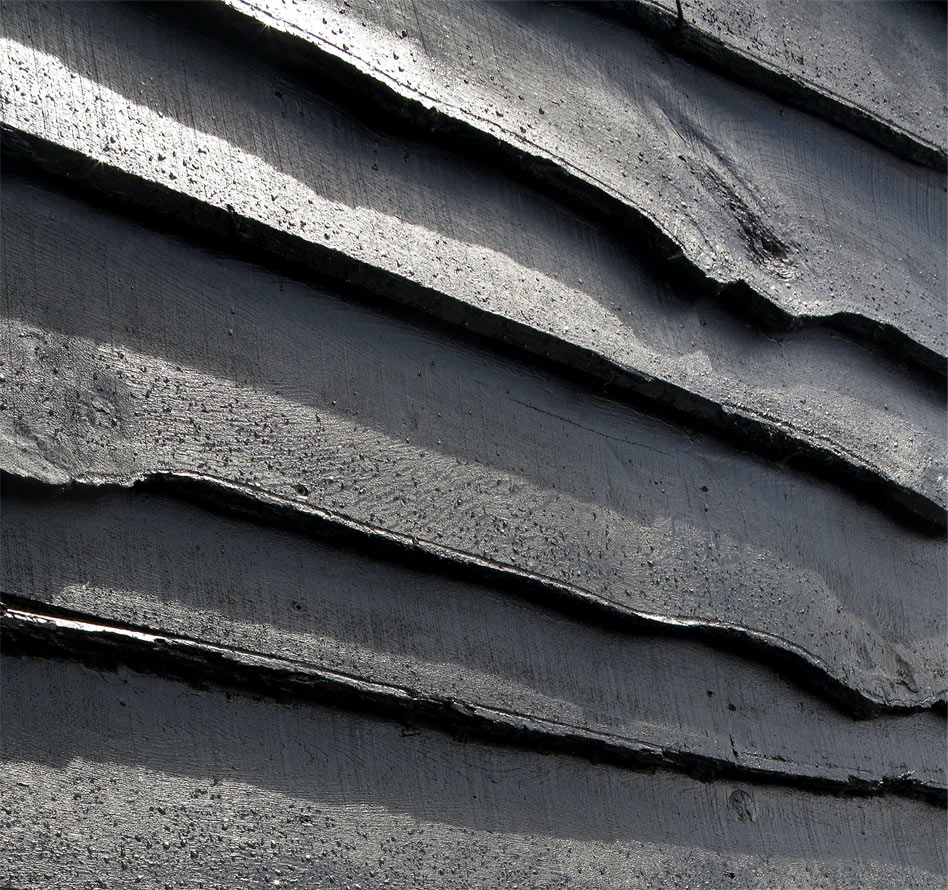 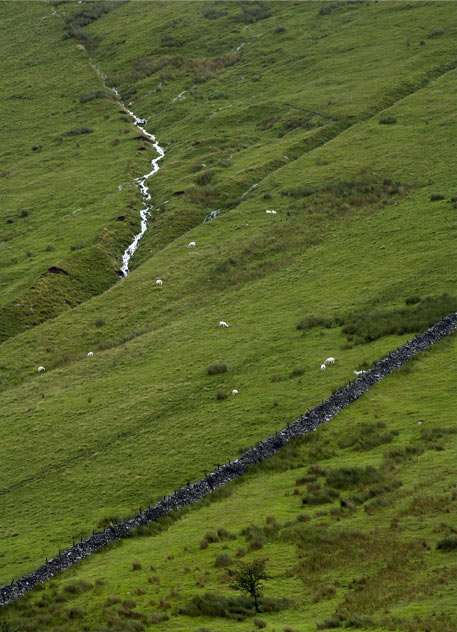 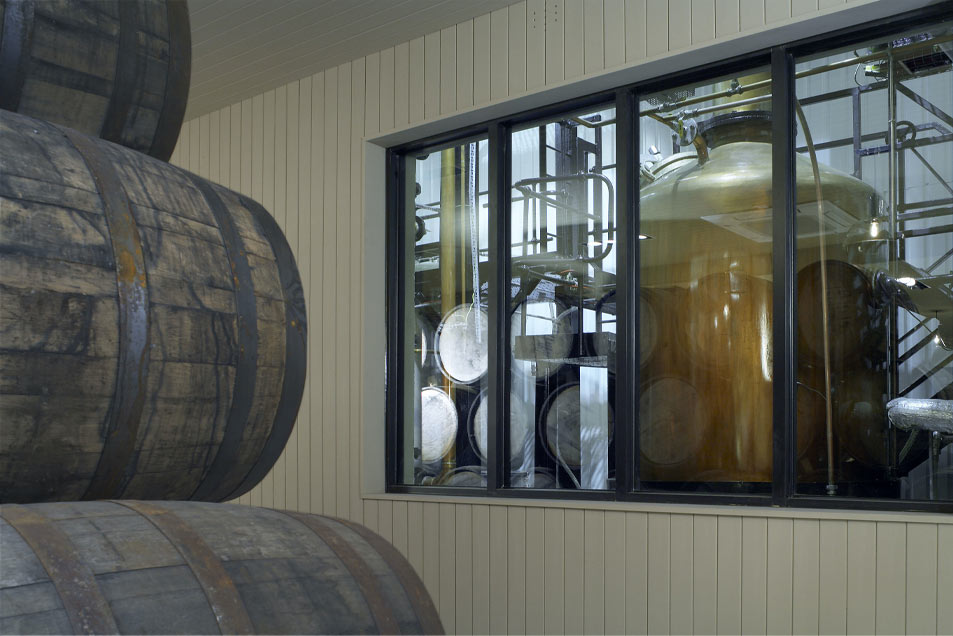 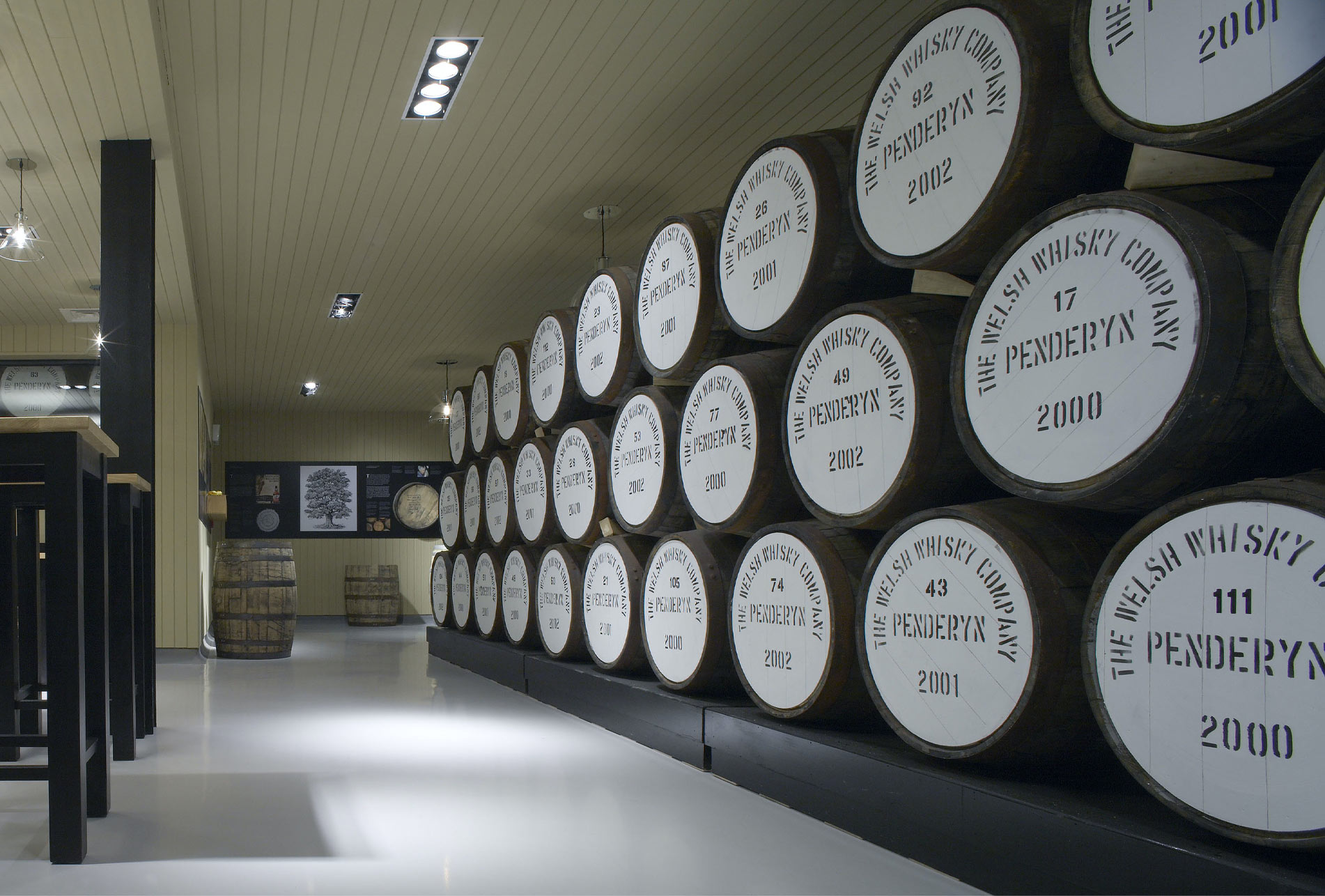