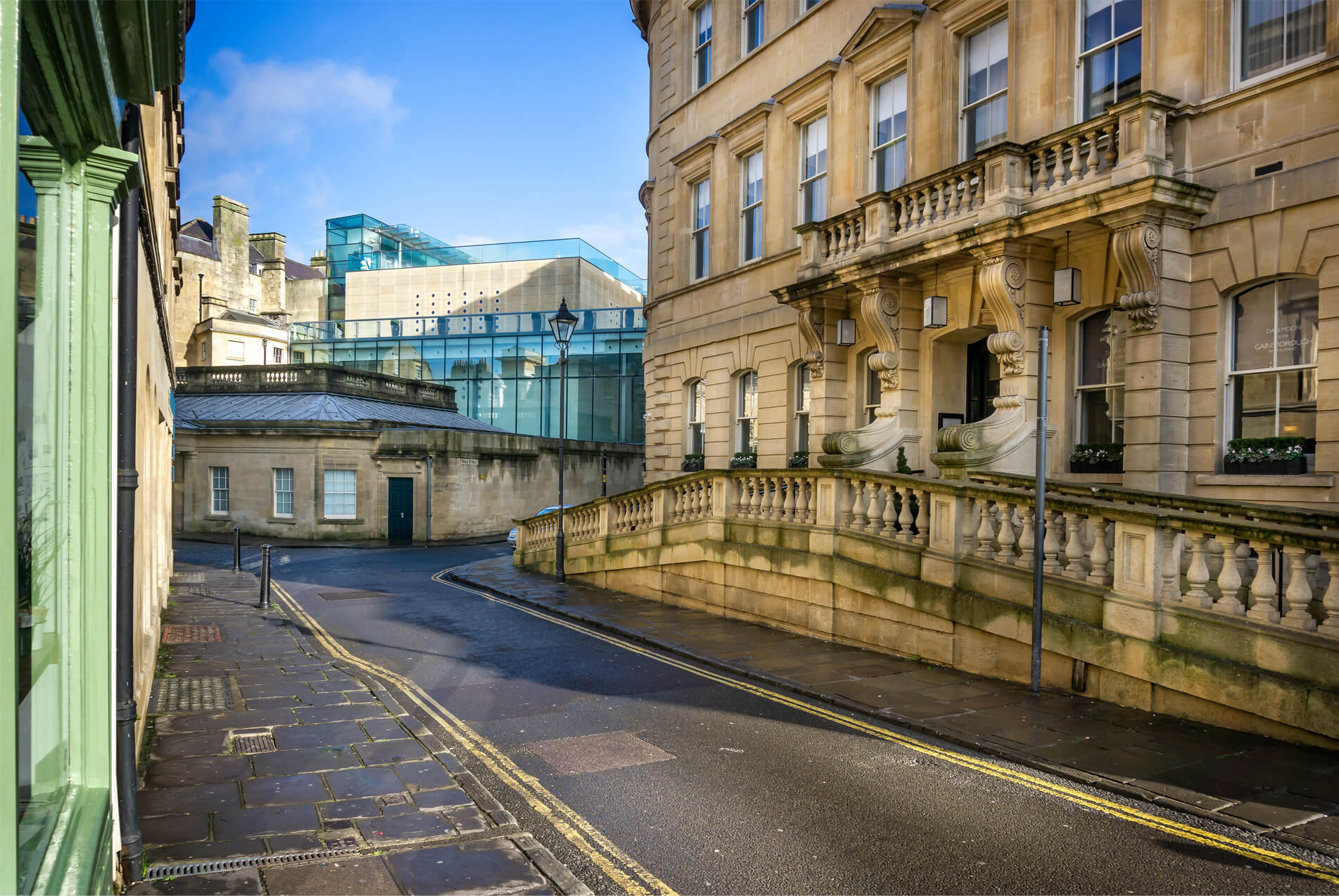 Work to restore and develop Gainsborough Hotel in Bath with the Osborne Property Group began Archer Humphryes' long-term association with the group and deep connection with the city. Trevor Osborne has been instrumental in the evolution of the practice, providing many initial important projects. Bath a traditional spa town, with thermal baths from mineral hot springs- a main component of the site was using the pure extracted aqua reputed since Victorian times to have healing qualities. The architects were able to plan complex treatment suites in the hotel incorporating the waters taking thousands of years to bubble through the water table purified. With their knowledge of emerging spas across the world were able to be informative, directing the client with imaginative ideas with the use of water in the hotel in a rational ordered approach to redefining the place today.

The city of Bath, an enduring 'wellness' destination for over 2,000 years and today, The Gainsborough Hotel and Spa, continues the tradition. From the 1820s, John Pinch’s design ‘The Gainsborough’ (renamed later after Sir Thomas Gainsborough, the famed Victorian society portrait and landscape artist who lived and worked in Bath) began as the United Hospital where thermal waters were used medicinally. Excavation in 1864 revealed several rooms belonging to an ancient complex that included the remains of an intricate Roman mosaic dating back to the 4th century. Remaining preserved, it sits beneath as an exact replica within the spa. In 2007 a Roman hoard comprised of 17,500 coins was discovered amongst the foundations. Now with the British Museum, the hoard dates from 32 BC to 270 AD and is amongst the largest coin hoards yet discovered in Britain. 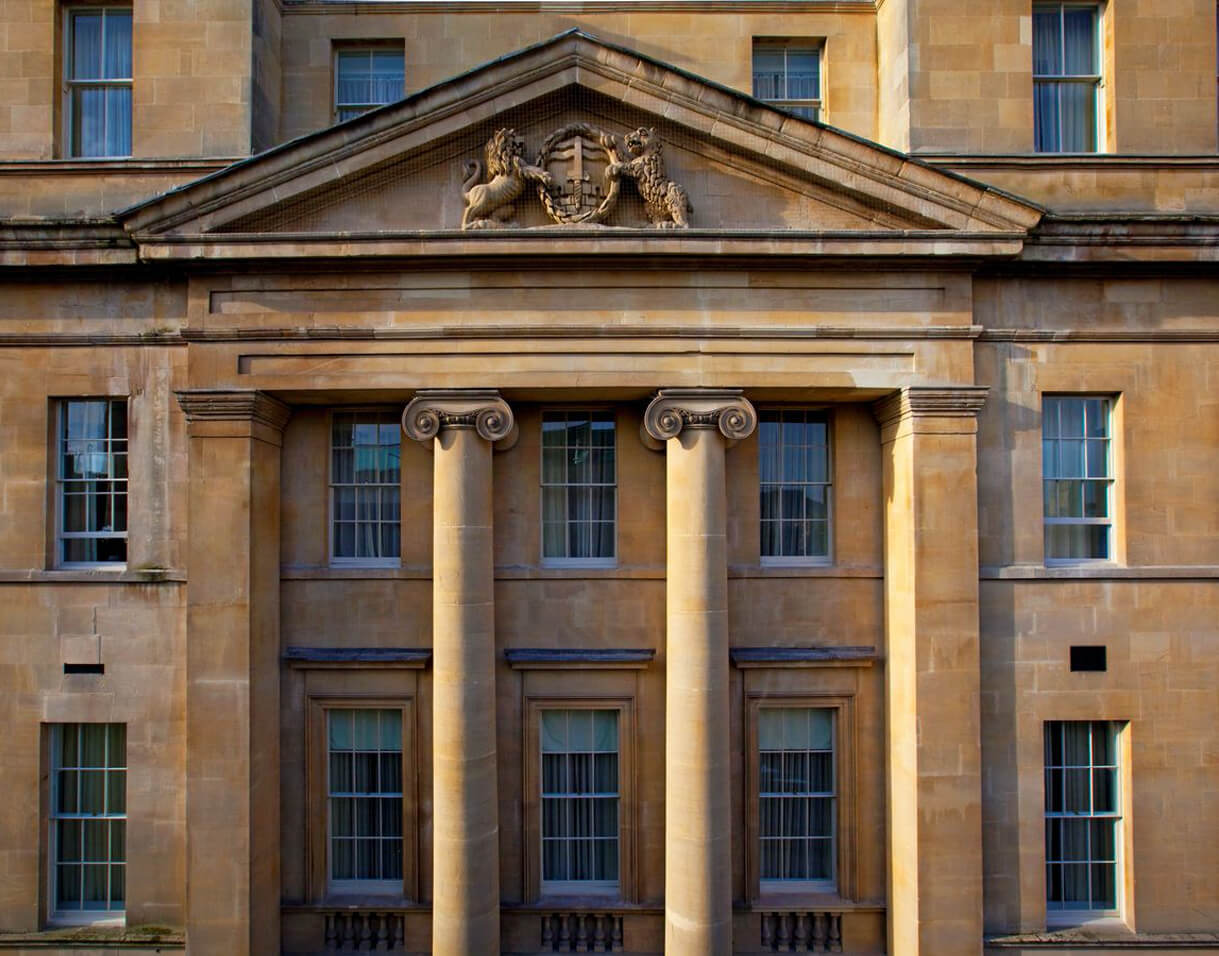 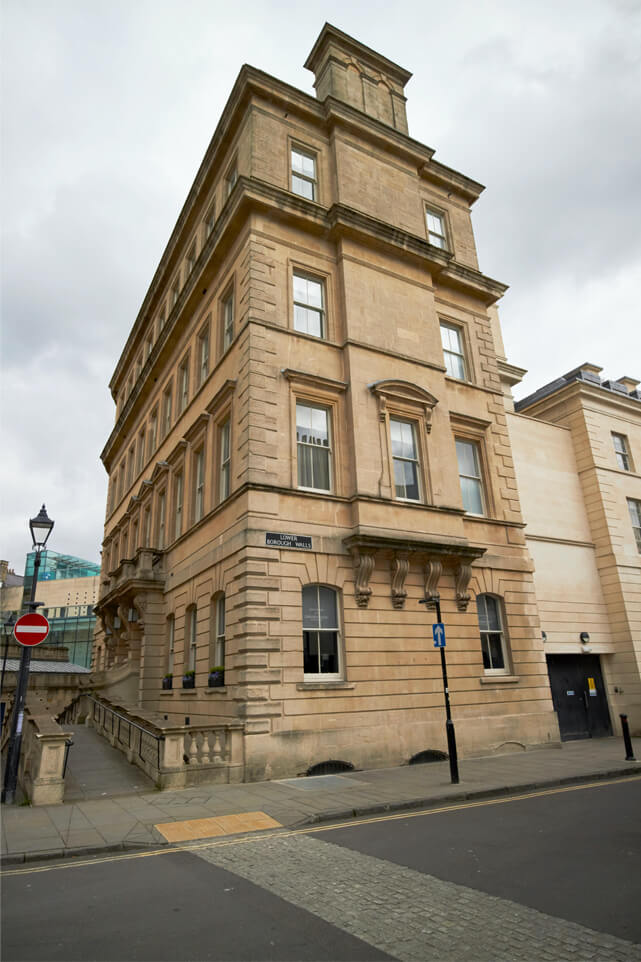 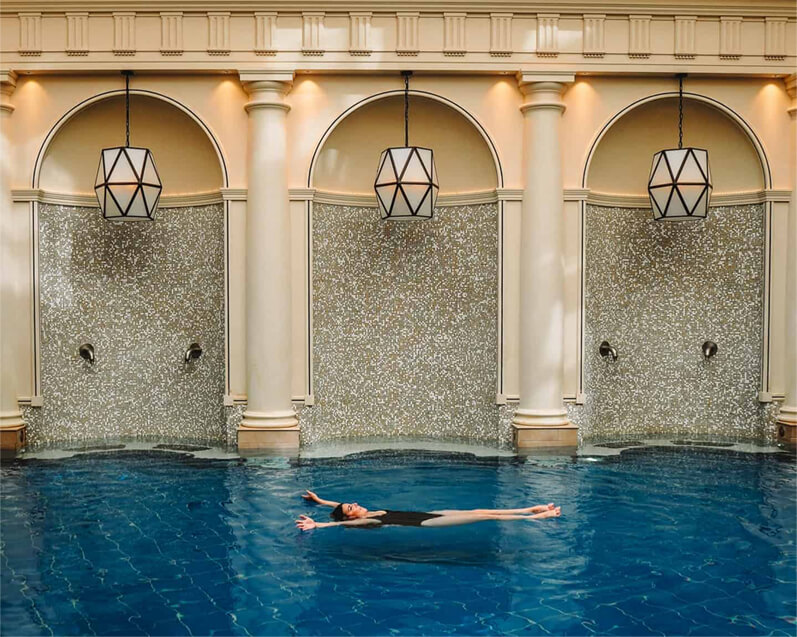 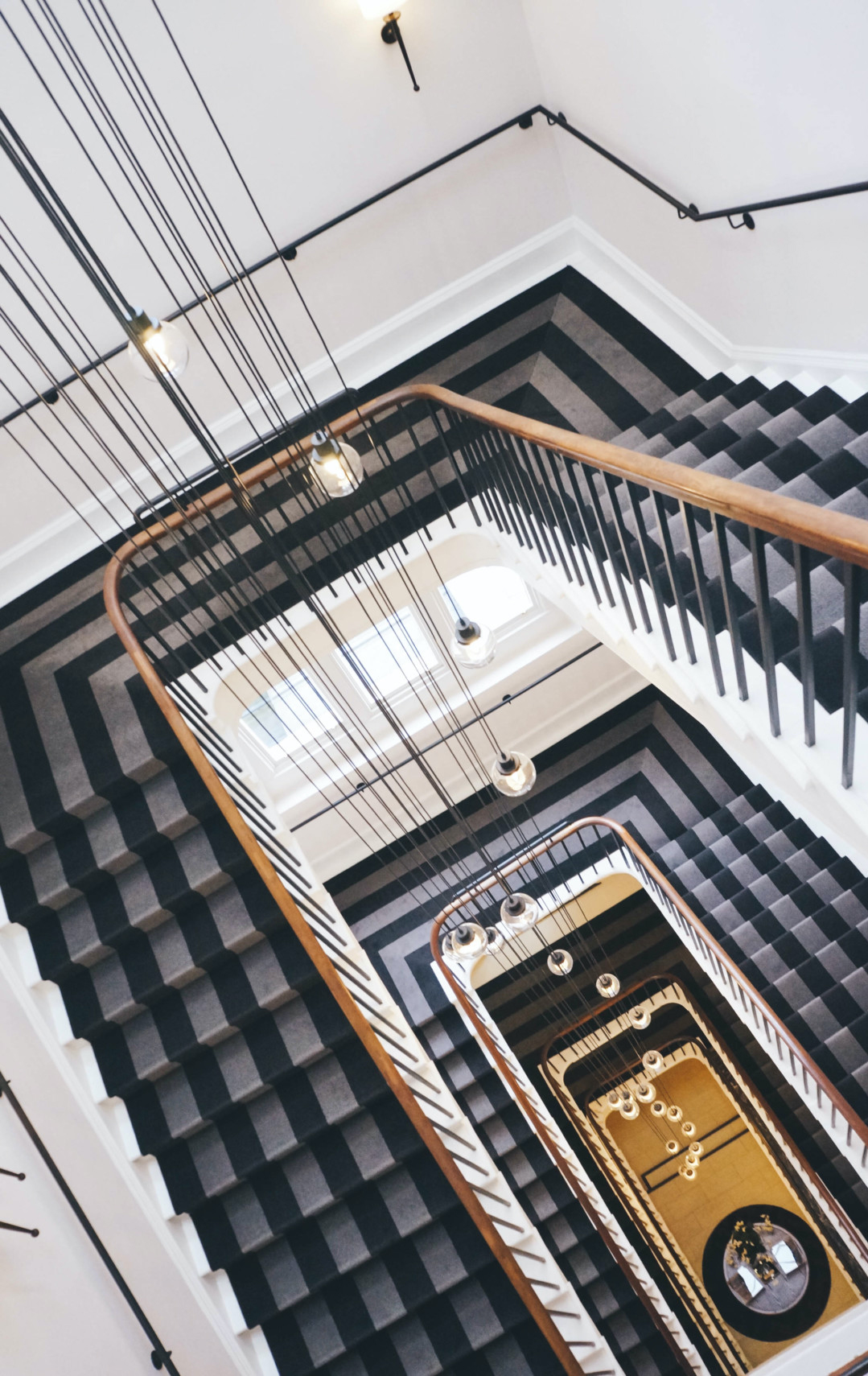 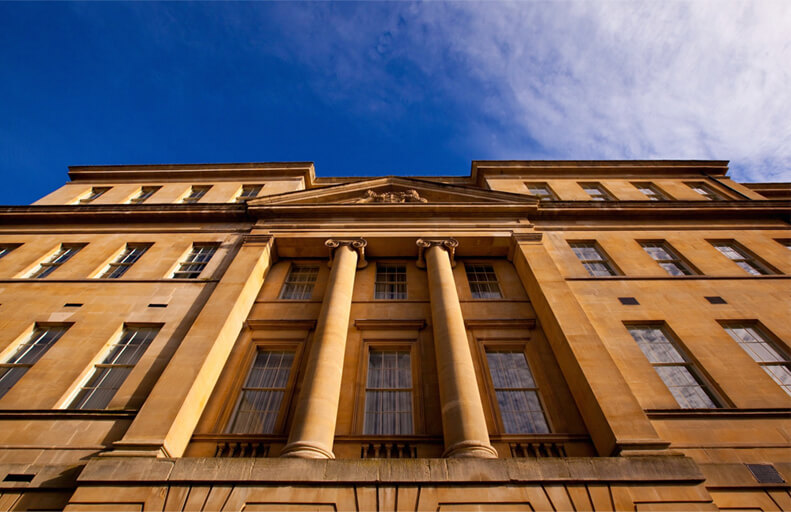 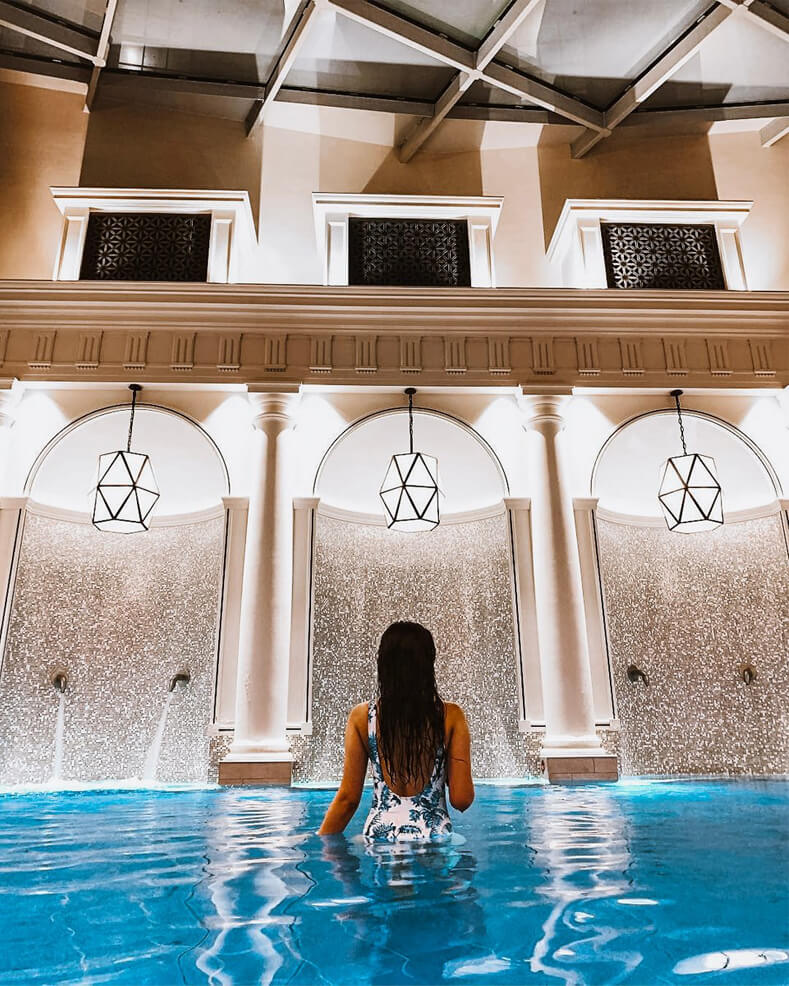