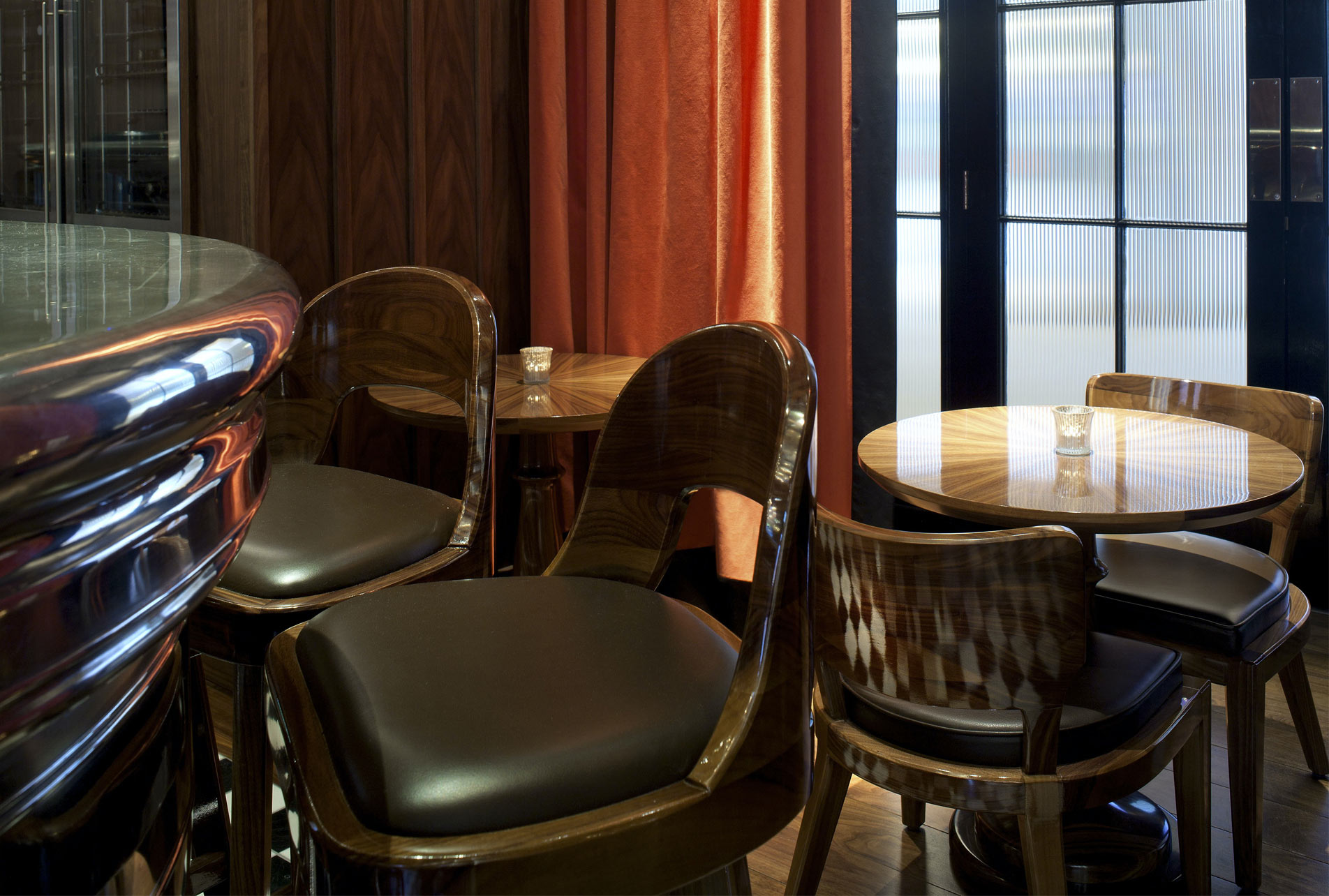 The GNH Bar forms the centre piece of the public areas of the Great Northern Hotel.Sitting within and alongside both a national and international transport interchange , as well as two of London’s iconic railway structures provided the inspiration for a design that could be compared to such seminal railway bars of the 19th Century as Paris’s Train Blue or New Yorks Grand Central Station Oyster bar.

The bar’s already significant floor to ceiling heights are thrown into infinity with the introduction of a deep coffered engraved mirrored ceiling, which intern reflects the 25 meter long sinuous polished pewter bar. Depth and decoration is added with the suspension two grand decorative chandeliers, who’s image is shattered and eternally reflected around the coffers and ceiling surfaces. Viewed either from the fire lit balcony or deep upholstered leather banquette seating, guest’s are transported to an ambience of opportunity and stimulation paces from the boarding platforms to either Scotland, Paris or Beyond. 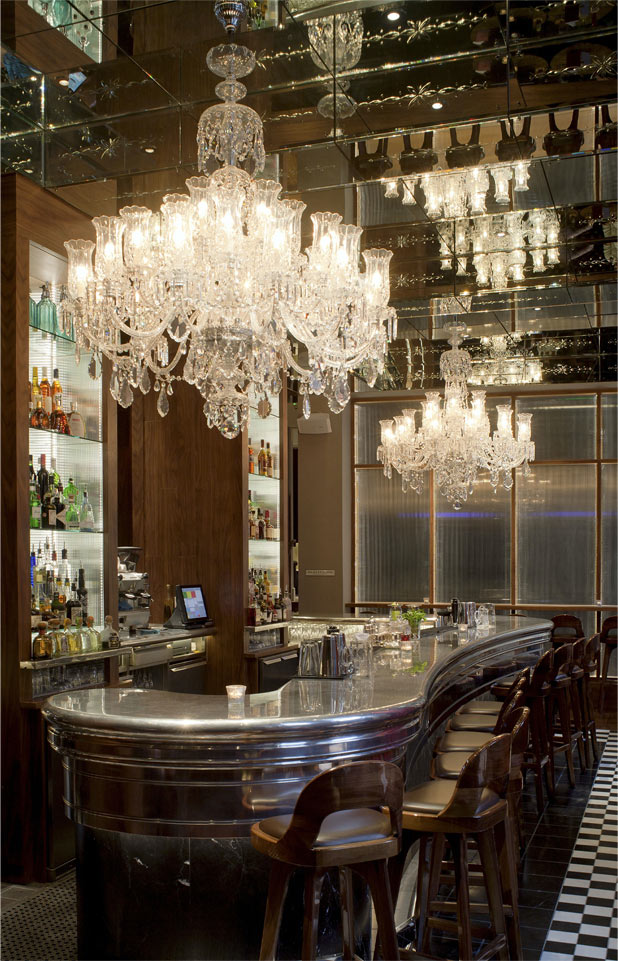 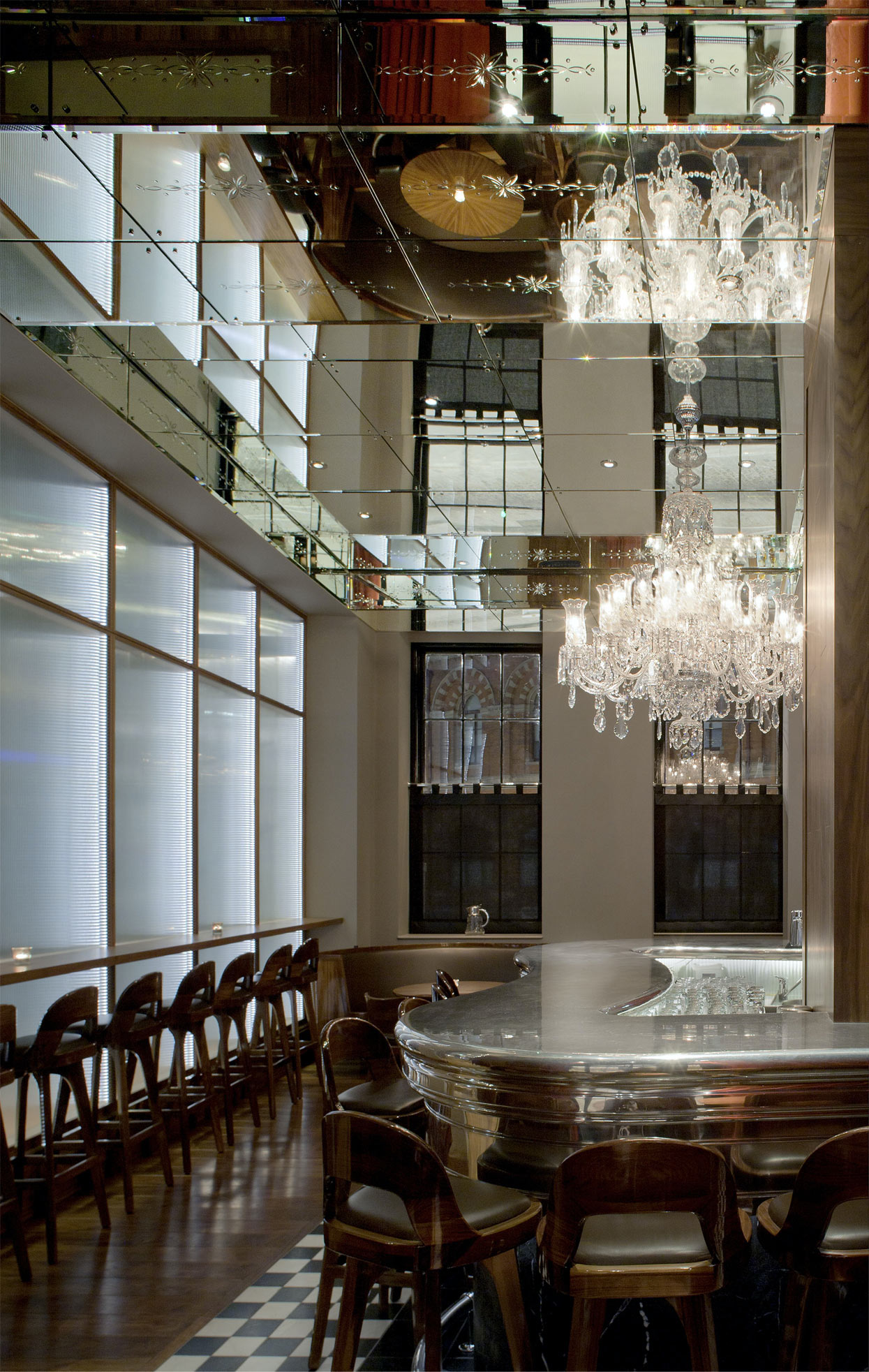 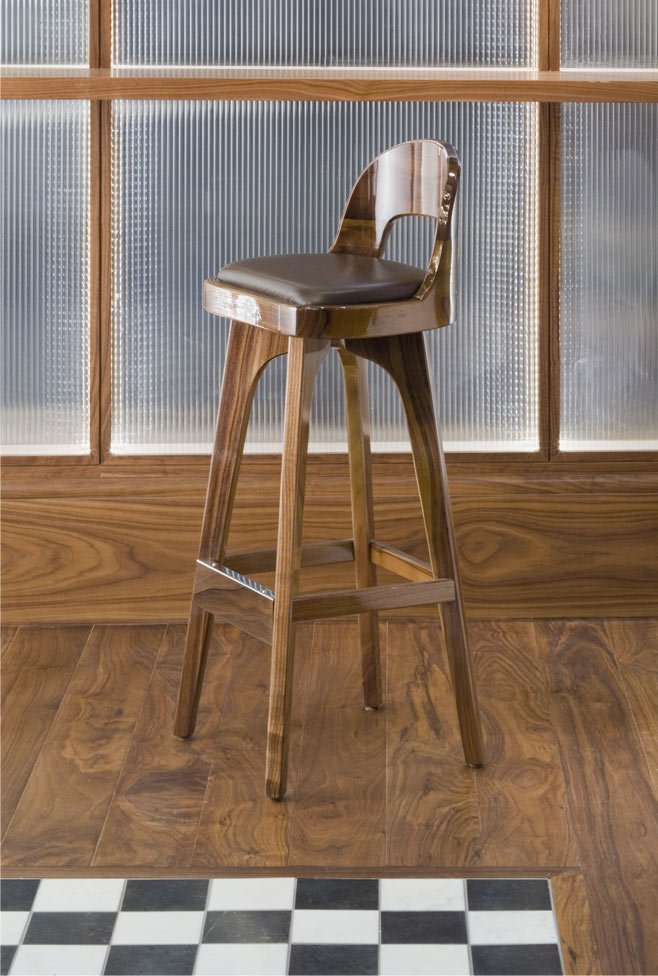 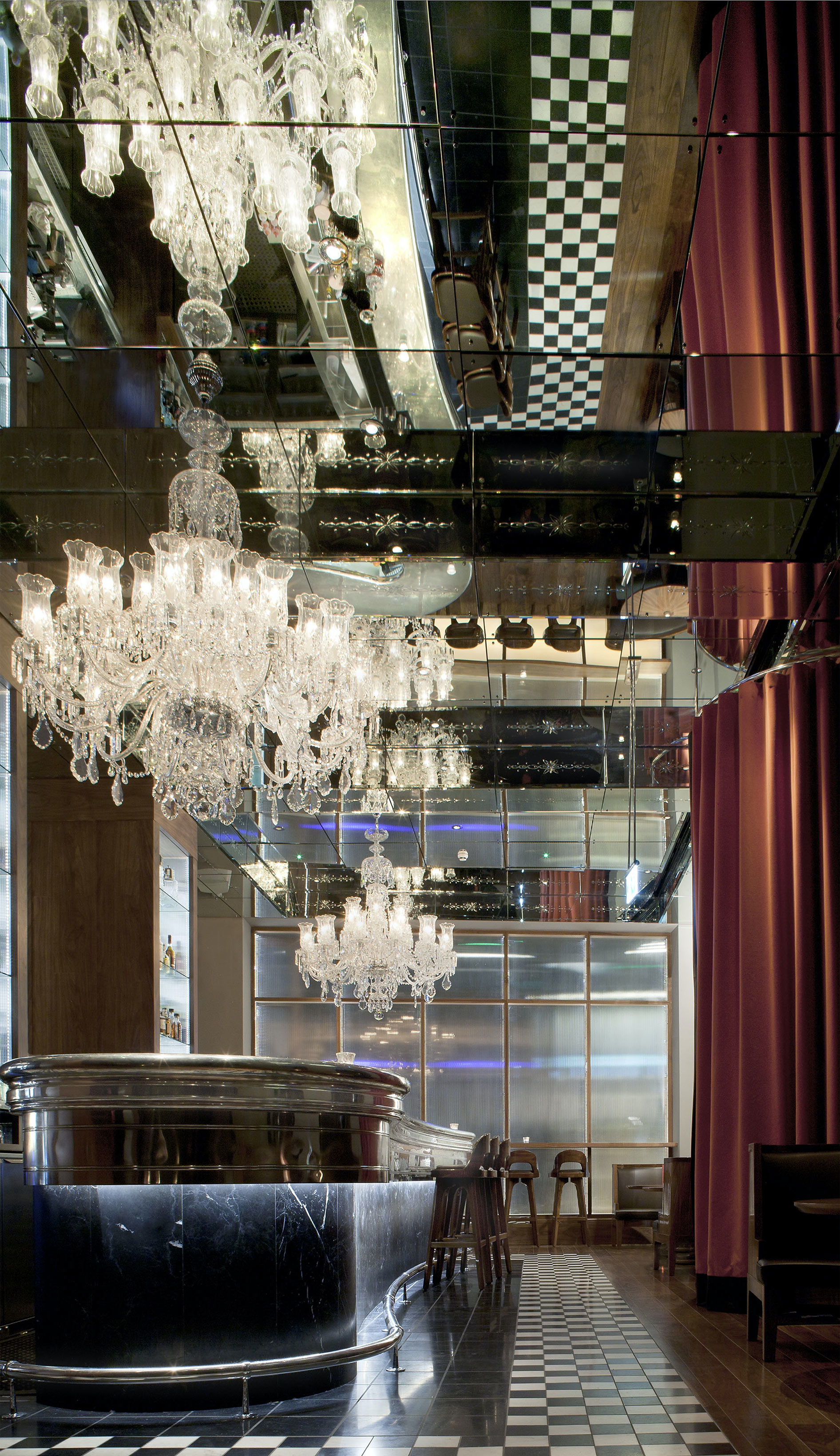