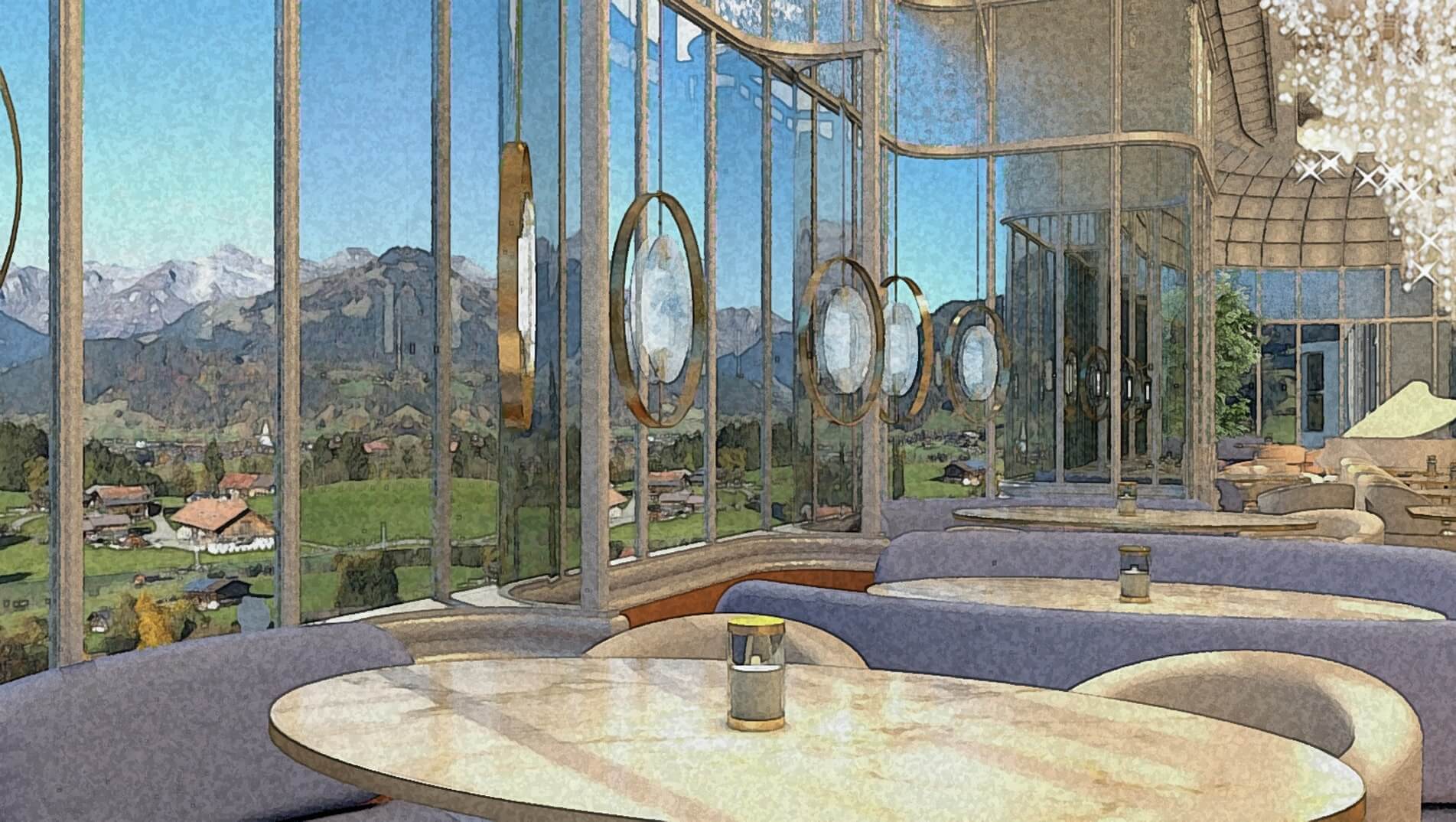 Described in The Telegraph as “A Snow Queen’s castle of a hotel, cherished by its wealthy regular guests as an heirloom of hospitality. Made famous as a winter clubhouse for the 1960s international jet set it continues to combine alpine glamour with reassuringly regal levels of service.” Archer Humphryes were appointed to bring a ‘sprinkle of stardust’ and magic to the public areas of this Grande Dame.

With an exceptionally difficult brief, where the heritage of the site lists it as a landmark building in Switzerland and with wealthy clientele who like the nostalgia of the hotel, having visiting with families for decades, the project required a tightrope approach in bringing refreshed energy to the site.

Firstly, permission for creating a new winter garden an architectural gem to observe ‘White Gold’ of snowfall. In creating the ‘pavilion’ the architect’s response was to respect the art deco era that the building emerged from and create a metal and glass structure. The interior takes it colours from Alpine spring flowers and snowdrops.

Other public areas exalt the art deco era of the original interior with black and white graphical motifs down in the piano bar. 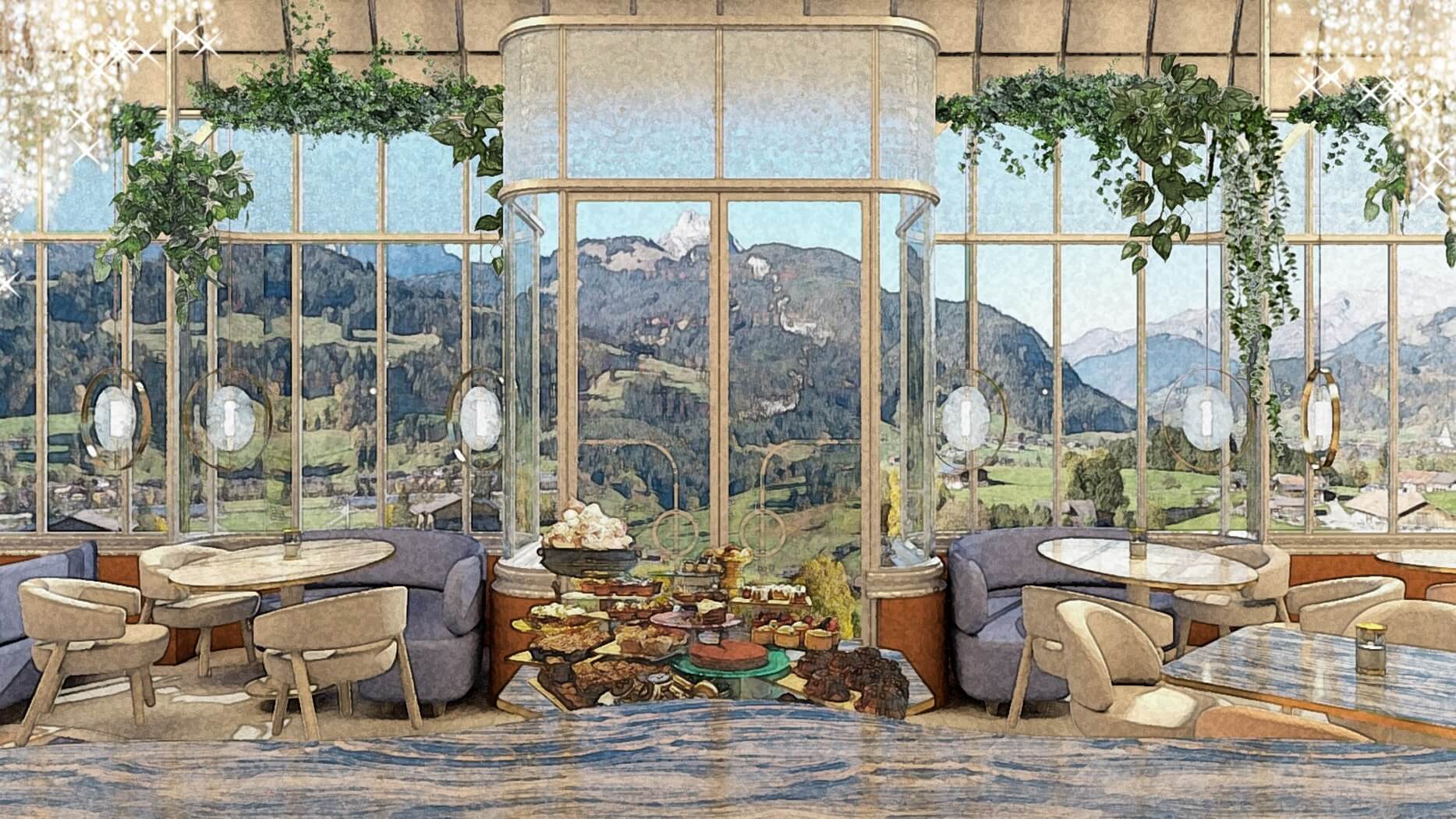 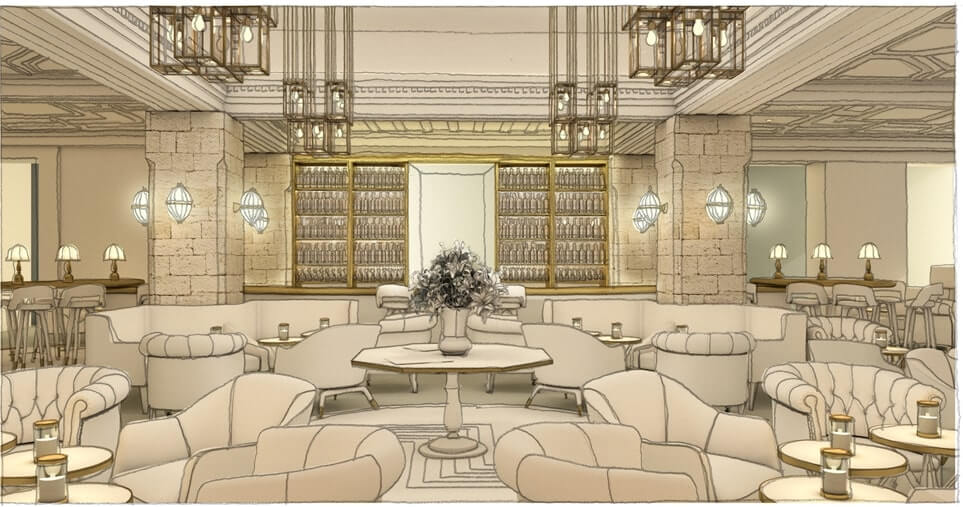 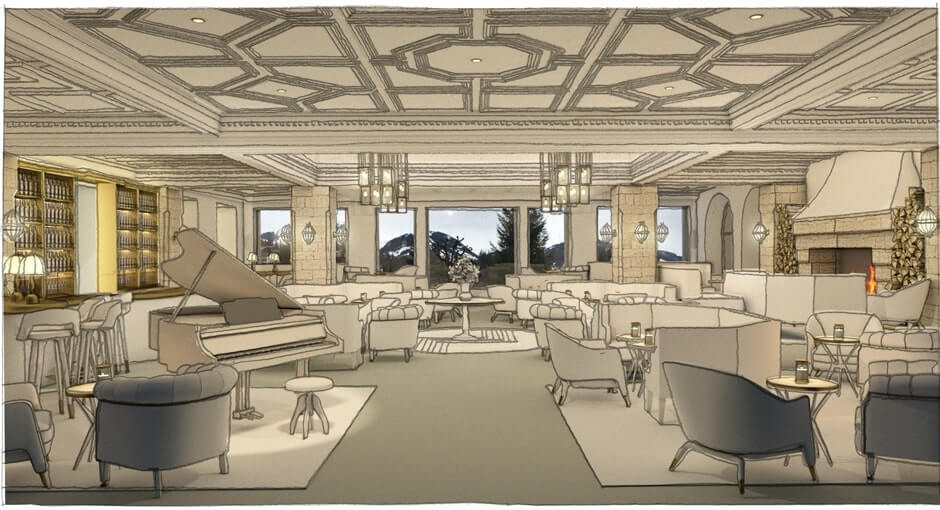