An opulent interior and architecture with 63-rooms, a luxury hotel was created by Archer Humphryes within a 19th century building in Vienna’s Museum Quarter. Designing the identity for the exterior, the lobby, bar, restaurant, private dining room, suites, conference rooms, spa, and eight residences, which include a sixth floor penthouse with panoramic views across the city, it is no surprise that it has won many prestigious awards with this newcomer being on par with historic hotels in the heart of the city, becoming Austria’s ‘Best Hotel.

Archer Humphryes’ first task was to consider how to create an inviting, intimate hotel atmosphere within the grandiose spaces. The architect took as its starting point the noble tradition of Vienna’s grand hotels and classical palaces, taking particular care to ensure that the renovations of the exterior and interior preserved the character of the area.

The interior is conceived as a tribute to the city’s former cultural glories – an opulent bar was inspired by the “cabine glacé” of the 18th century Viennese palaces. An amber glow of gold in the finishes embodies the entwinement of the lovers in the Vienna-based painter Gustav Klimt’s famous Kiss painting.

The more restrained restaurant interior complements the bar in tone but is nonetheless full of rich details inspired by ornate Hapsburg-era interiors. In designing furniture in combination with both antiques and the client’s own collection of 20th century design classics, which include pieces by Carlo Mollino and Arne Jacobsen, gives authenticity to the history, culture, art and location.

The Telegraph reviews “The Sans Souci – a design-orientated newcomer in Vienna’s high-end scene – has added a splash of lilac colour to the city’s most artistic neighbourhood.” 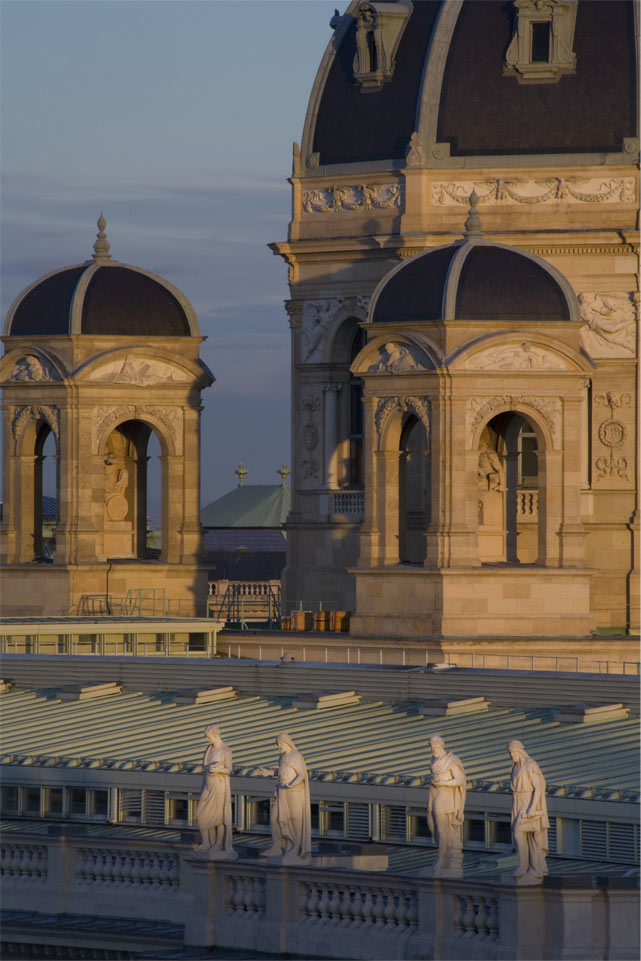 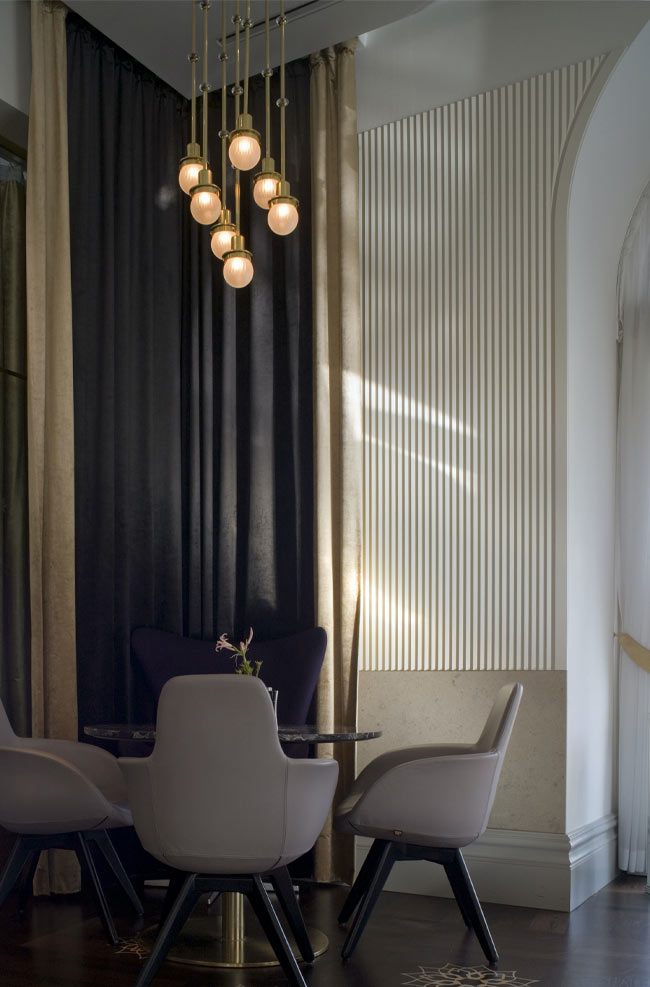 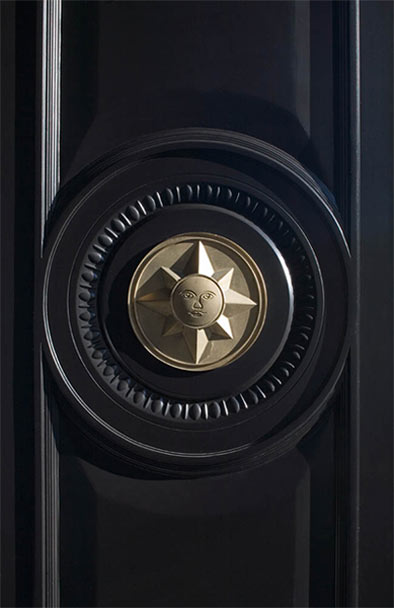 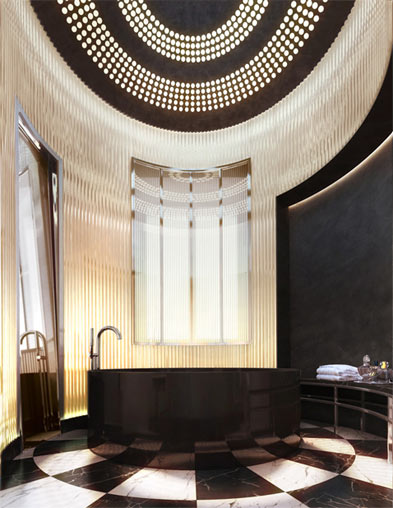 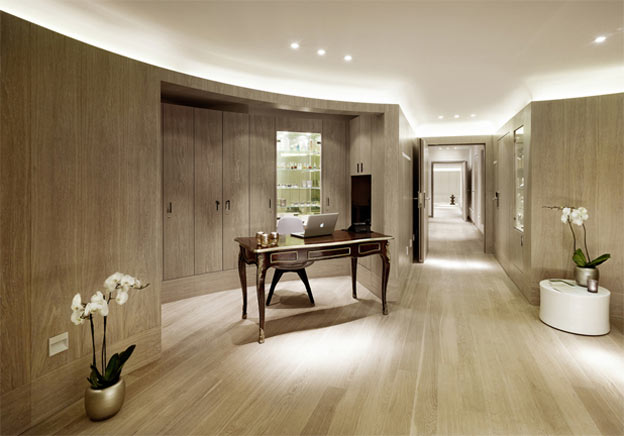 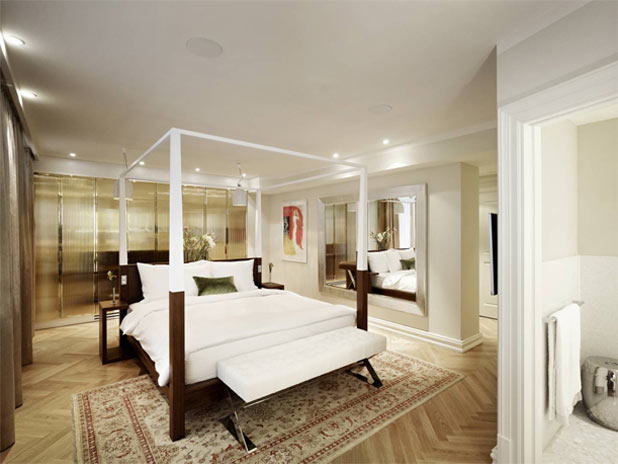 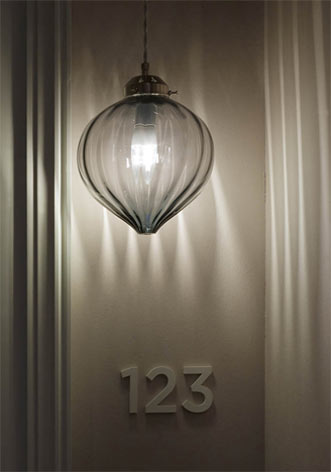