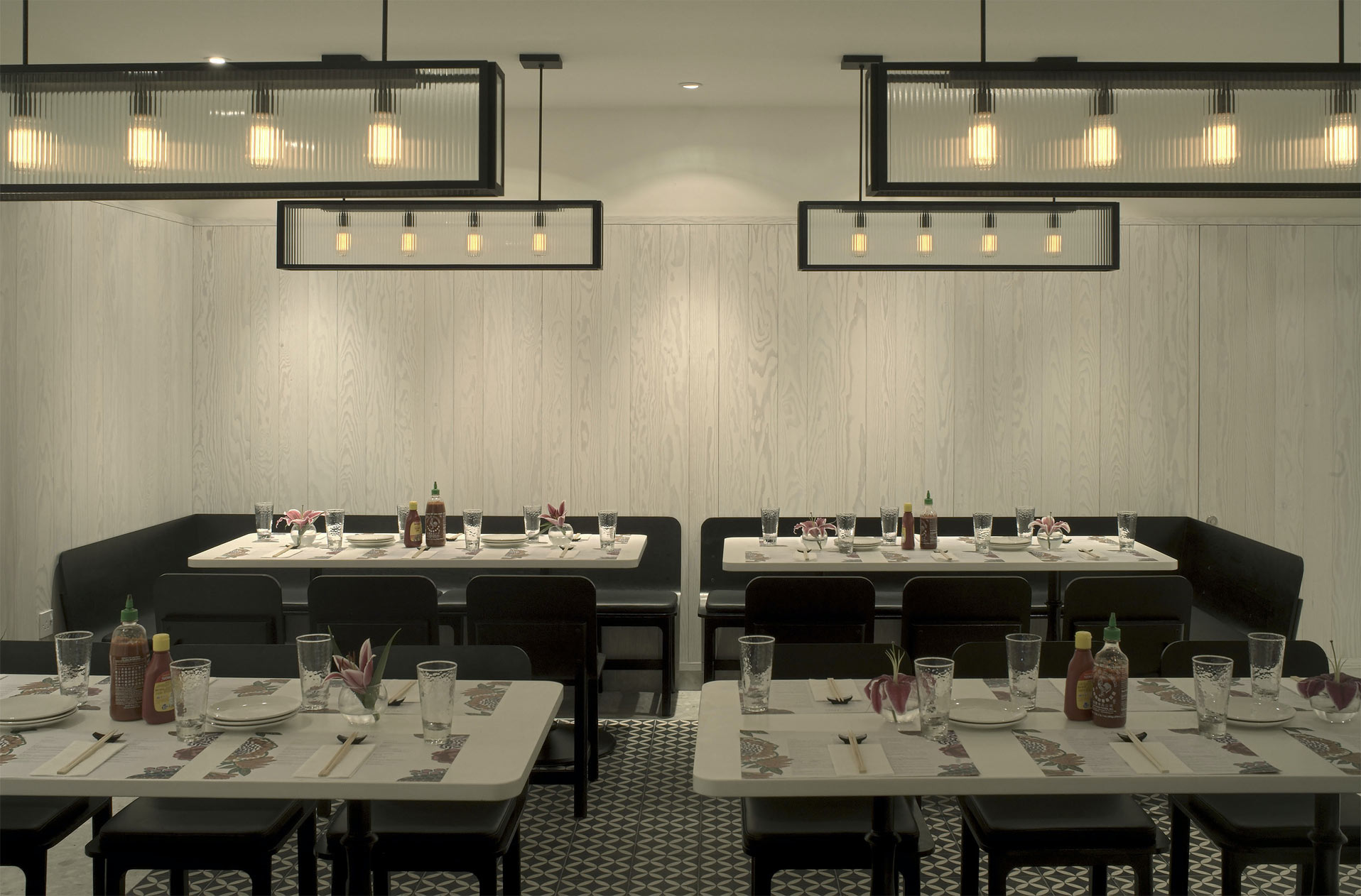 Cây Tre Soho was the first French Vietnamese cafe to open in Soho - “chic, minimal decor, impeccably smart and efficient black- clad staff, beautifully serving food.” From directing the graphics, to signage, to the uniforms and the ‘objets trouvés’ in the interiors, a seamless proposition was given to the client that extends beyond the architectural and interior design, becoming entrenched in the genesis of the entire experience of the restaurant, appealing to the audience of diners. Simply described, the brief was to create an interior in which this popular cuisine could be enjoyed easily throughout the day and evening.

A recent trip to Tonlé Sap, the largest freshwater lake in South East Asia, was a good departure point for thinking about the opportunities for the project. Unusually it is a river that reverses its flow from the Himalayas to the Mekong, marked by the Water and Moon Festival during the open Fishing season. The walls of Cay Tre are lined in sand-blasted Douglas Fir timber boards and the floors’ patterned mosaics incorporate crushed white marble tiles: a deliberately simple aesthetic, which followed the vernacular timber floating homes set against the stillness of the lake that Archer Humphryes had recently visited in Cambodia. A long solid block, the bar is formed in black cracked glazed volcanic stone and sits in the cafe entrance. The bar contrasts with the overwhelming black and white geometric graphic pattern of the door. Black stained English oak and soft black leather furniture sit in silhouette against the cool finishes and careful atmospheric lighting. Reflecting off the floor, the back bar and the numerous glass surfaces, the light resonates in the space.

Seating almost 100, the restaurant is set out with high tables arranged opposite the bar, with cafe seating organised along the length of the restaurant; more formal seating is set out in the dining room at the rear of the space. Intense saturated colour is found in the staircases and bathrooms. Vivid, luminous, coloured pattern is applied to the menus and uniforms providing an explosive blast against the monochromatic geometric architectural aesthetic. 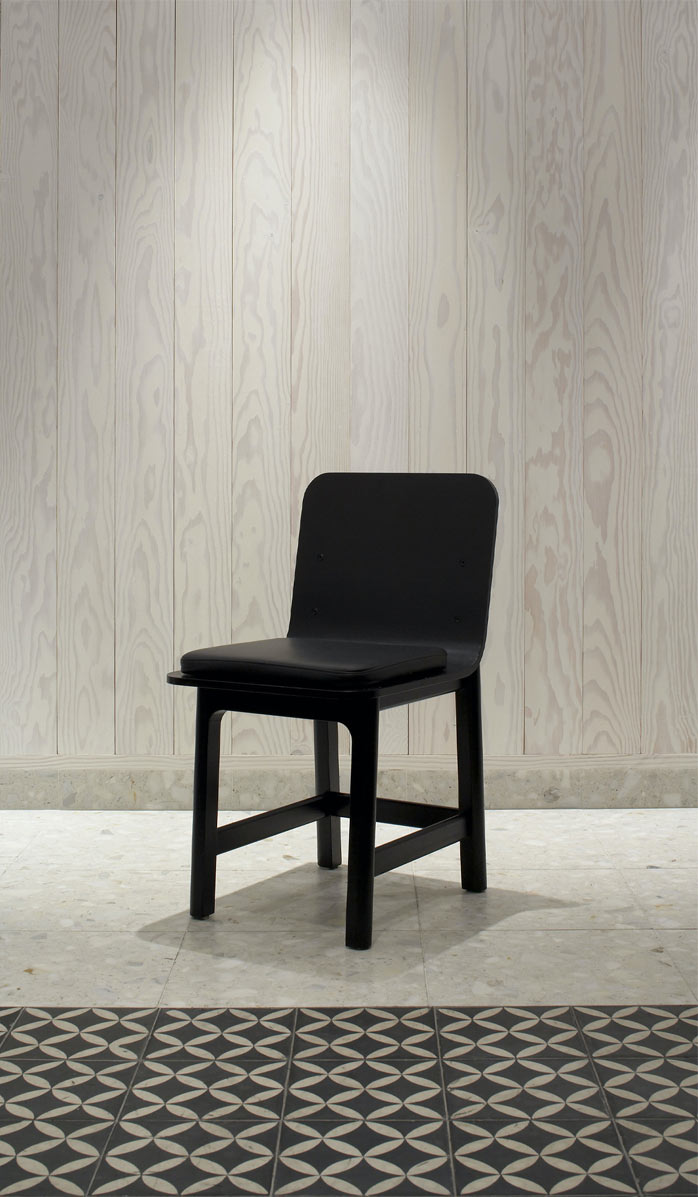 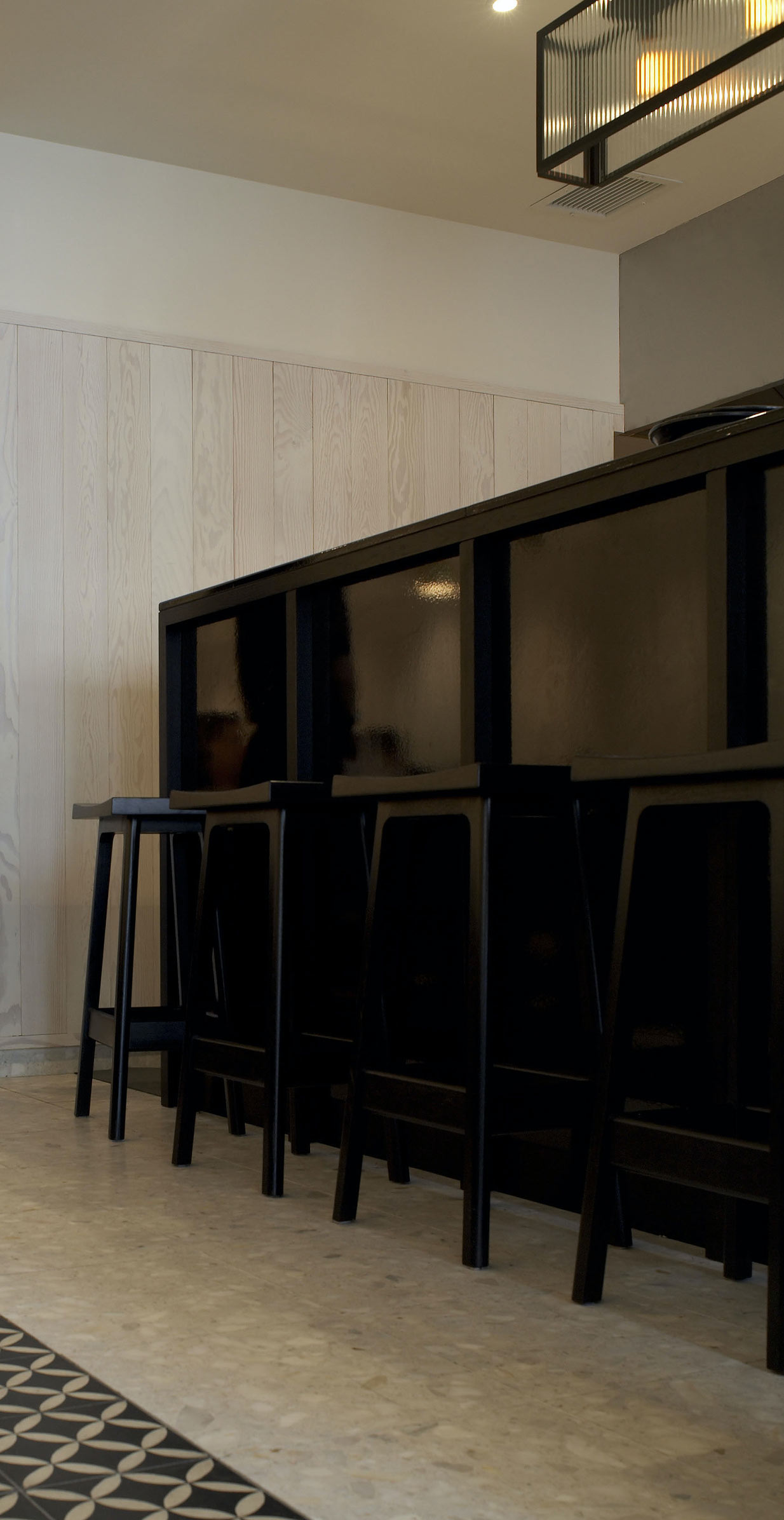 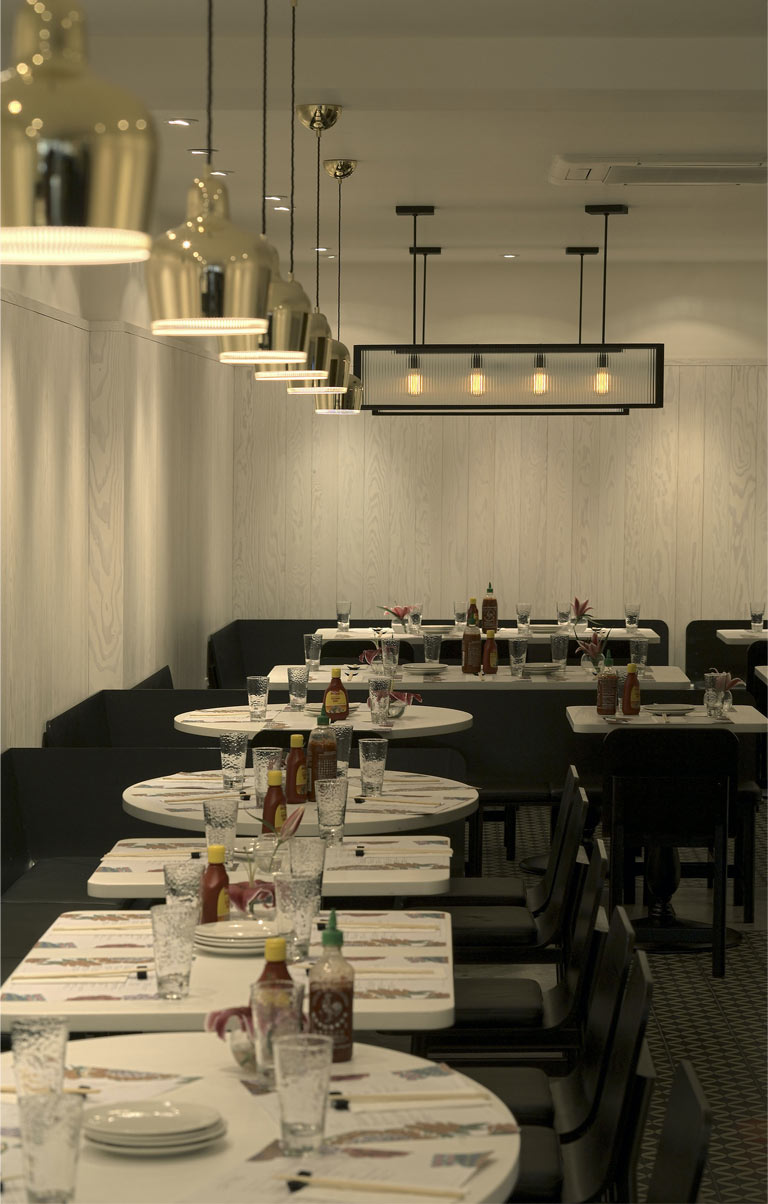 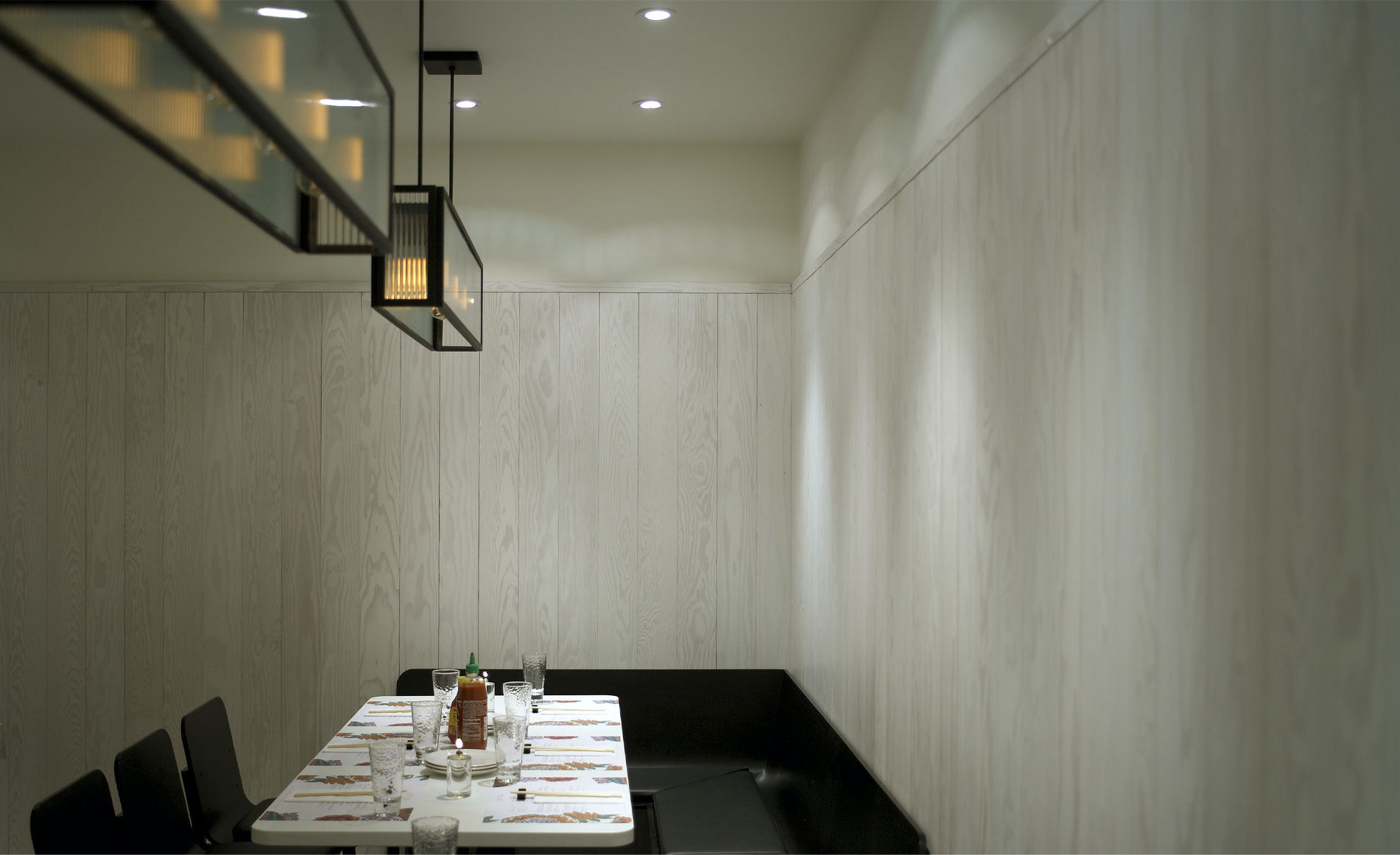