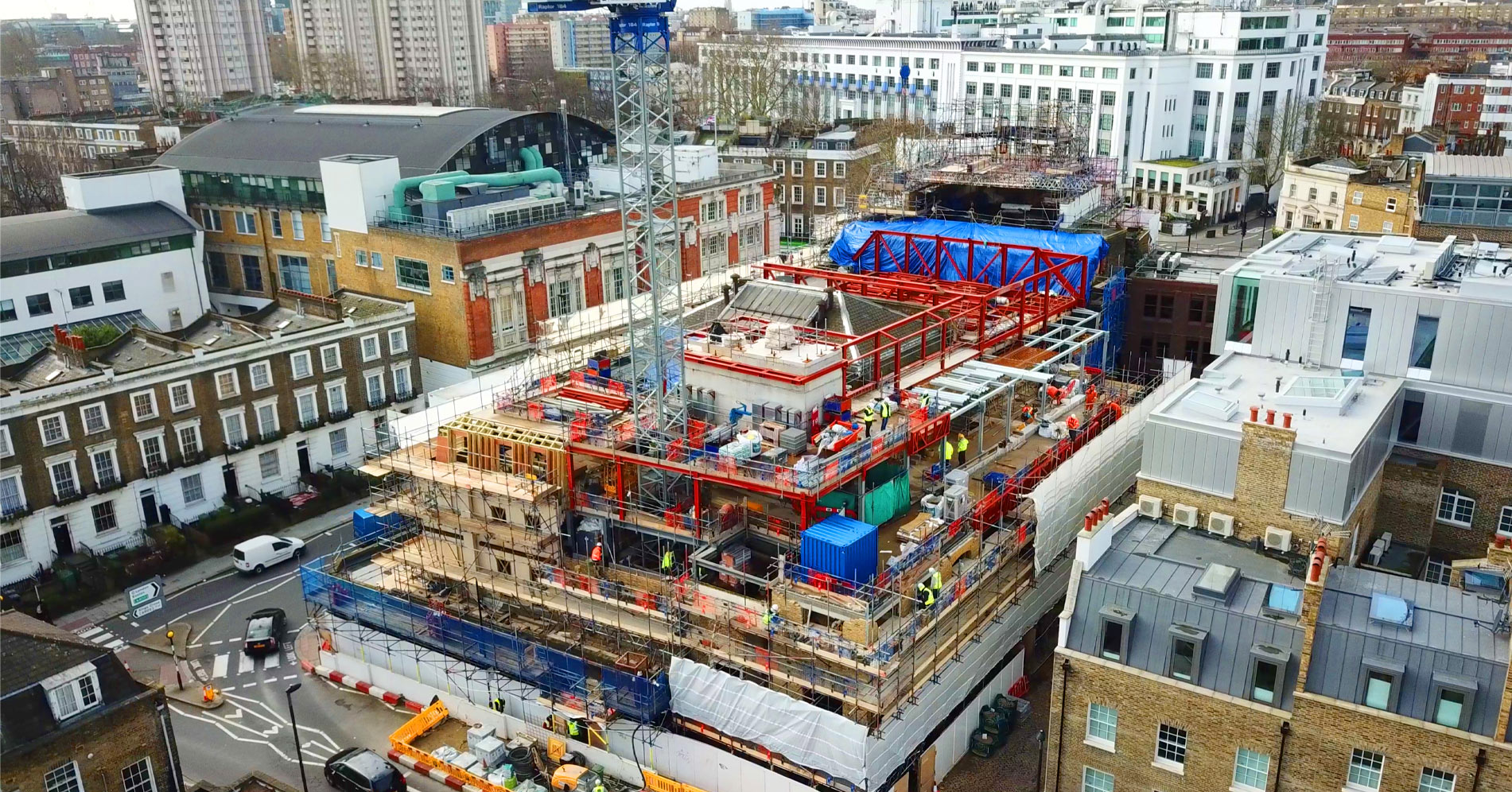 Welcome to the arts space of the future

David Jays February article in the FT explains how Archer Humphryes Architects have created an arts space for the future...

“I don’t think people realise this building’s cultural significance,” CEO Olly Bengough declares. “It’s a mirror of London’s entertainment and music history.” Koko, in Camden, has long been a magnet for music aficionados. Victorian actress Ellen Terry and a pre-Hollywood Charlie Chaplin both held the stage here. Later it housed a Pathé cinema, recorded classic BBC radio shows like The Goon Show and moved into music with The Rolling Stones, The Clash and Madonna. Bengough’s own tenure from 2004 was boosted by the rise of Amy Winehouse, and acts such as Prince and Coldplay in their pomp: “Those nights were quite incredible.”

Affection for the past and an eye on the future prompted Koko’s next phase. Bengough felt that live-streaming would become “a new paradigm in entertainment” while working in Los Angeles 10 years ago. “There will be a few billion smartphones,” he remembers thinking. “That’s going to allow incredible creative freedom.” At the same time, he noted a growing yen for one-time experiences: “The uniqueness of going into a theatre where something special is about to happen. It’s in the air.” Back home he surveyed Koko’s surrounding buildings – a Victorian pub and piano factory – and felt he could bring together everything he was mulling. “It’s a combination of paying homage to the 120-year history of the theatre; a dynamic, future-facing broadcasting experience; and my own taste and enjoyment of life.” Collaborating with Archer Humphryes Architects, who gave us Chiltern Firehouse, and interior designers Pirajean Lees, he set about exploring the possibilities. “The project felt unrepeatable,” he says. “Producing something that’s never been seen before is an exciting creative space.”

The result, due to open this spring, serves up nine performance spaces, some exclusively for members, exceptional hospitality and the option of high-spec live-streaming throughout, at a cost of £70m. On a tour of the building, executive chef Andreas Engberg, formerly of La Petite Maison, can be seen deep in discussion in one of the club kitchens. There will be a pizzeria, tap bar and bespoke dining and roof terrace areas. Bengough and curator Katie Heller (formerly at Soho House) are also building a contemporary art collection, including initial pieces from Bob Dylan and Frank Auerbach.

Much of the activity focuses on the auditorium, where acts can perform in the round, and the adjoining Victorian fly tower, in which original scenography from the 1900s was discovered during the redevelopment work. This has been restored with English Heritage and the fly tower turned into a “moody”, stripped-back venue. There are also booths where members can play their favourite vinyl. “We’ve taken some of the best sound systems in the world and woven them into the fabric of the building,” says Bengough. “When you’re watching a show, it will feel immersive.” Following his instinct that the future will be streamed, artists will have rich opportunities for creating content, sharing their music live and offering audiences across the world not just their gigs but also recording sessions and glimpses of life off-stage.

Construction was underway when, in January 2020, a fire consumed the distinctive copper dome. Luckily, the dome protected the rest of the theatre, and the team recreated its original design – it now encloses a members’ cocktail bar and performance space. “It was so challenging,” Bengough admits, “but I had to embrace everything and keep going.” The fire also exposed a forgotten projector room from the building’s prewar incarnation as a cinema. “When I walked in, film was just hanging from the ceiling,” he marvels. The last movie to be shown was still in the projector.

Everywhere bristles with doors and sliding panels that can connect spaces or keep them discrete. “I wanted to make it feel like a movie set,” Bengough confirms. “Adventure is definitely part of it. That’s why it’s taken seven years to make 16 to 20 rooms all connect with a design narrative. It took a lot of thinking about – how could it amaze you, but be done with subtlety and refinement? How could you take people on a journey they might never do in any other part of the world?”

The project’s extensive membership offer, The House of Koko, will allow access to spaces over four storeys. A dark red carpet, scalloped with gold, leads up to the new roof terrace and conservatory, penthouse and recording studio, piano room, speakeasy, stage kitchen and vinyl rooms. As well as priority booking, parties and exclusive cultural events, members can enjoy a live show calendar in Ellen’s Jazz & Blues Club. Membership costs £1,500 per year (£800 for under-35s), plus a joining fee. Koko is also cultivating a community of patrons (£50,000 for 10 years) from the worlds of music, tech and media. They will contribute to the Koko Foundation, a charity established to empower future generations of artists and protect the environment, initially focusing on initiatives in Camden.

“If you’re going to dedicate seven years of your life to something,” Bengough says, “you dedicate the time to finesse it all the way through. I’ve been on every single detail in the project, but I hope that’s why it’s got a soul to it.” He is, he says, “the custodian of the theatre… I’ve had it for almost 20 years. But I will give it back to the people of London for another 100 years.” 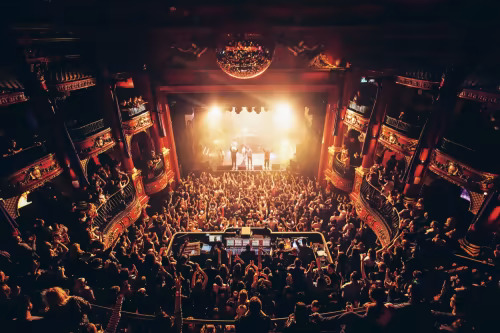 A gig in the old theatre space at Koko © Sam Neil 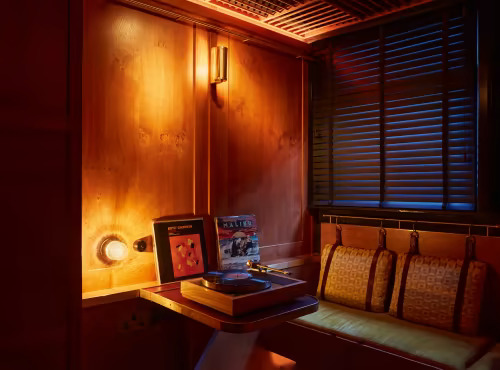 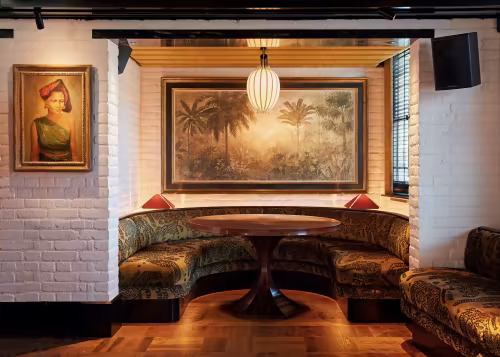 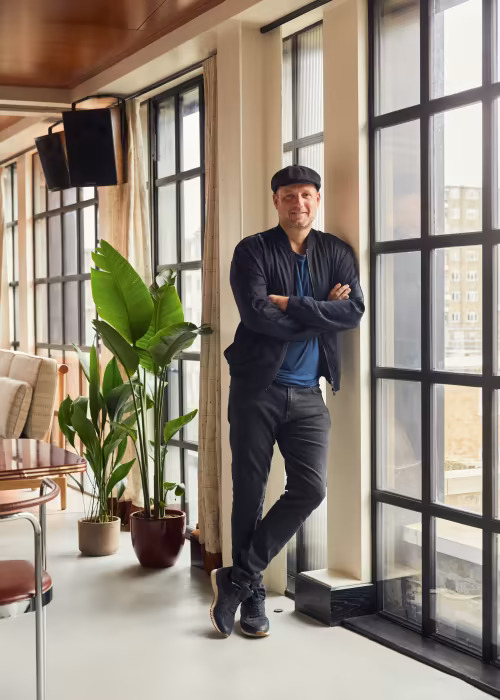 Olly Bengough, Koko CEO and founder, in the penthouse at the House of Koko © Lesley Lau